Notwithstanding the rhetoric of the President and his supporters, most Americans believe that immigration is a good thing for the United States. 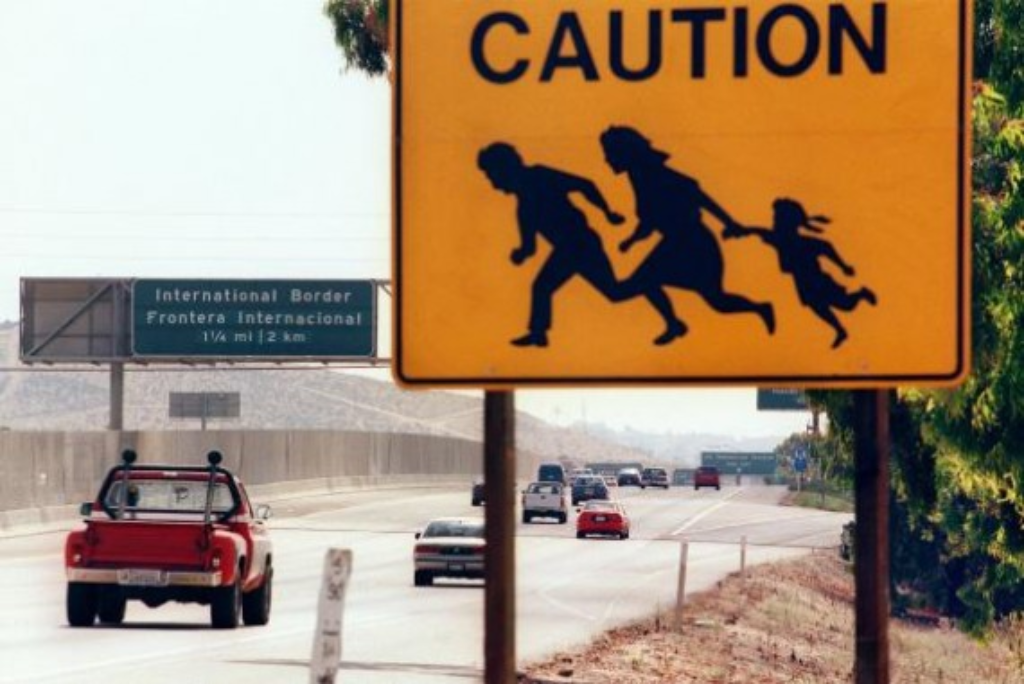 Over the course of the seventeen months it has been in existence, the Trump Presidency has seen the enactment of some of the most restrictive anti-immigrant policies that the nation has seen since the end of World War Two. Within a week after he was sworn into office, for example, the President signed the first of what has not become three versions of a travel ban that is aimed primarily at nations that are predominantly Muslim. In September of last year, he issued an Executive Order bringing President Obama’s Deferred Action for Childhood Arrivals (DACA) program to an end, although that order has been blocked by a series of court rulings out of California, Maryland, New York, and the District of Columbia and the program is still operating. Most recently, of course, we’ve seen the implementation of a “zero tolerance” policy at the Mexican border that led to thousands of children being separated from their parents, setting off a political controversy that was partly alleviated by yesterday’s decision by the President to end family separation even though he’d spent the better part of a week claiming that only Congress and the Democrats could change what was happening on the ground.

It’s in the middle of all this that Gallup is out with a new poll showing that a record number of Americans believe that, overall, immigration is a good thing for the country:

WASHINGTON, D.C. — A record-high 75% of Americans, including majorities of all party groups, think immigration is a good thing for the U.S. — up slightly from 71% last year. Just 19% of the public considers immigration a bad thing.

The latest findings are based on a Gallup poll conducted June 1-13, a key time for immigration reform in the U.S. as the House of Representatives debates the issue. The House will vote this week on two pieces of legislation that address several key immigration policy reforms. Among them are the Deferred Action for Childhood Arrivals (DACA) protections for immigrants who entered the U.S. illegally at a young age with their parents and the border wall that has been the cornerstone of President Donald Trump’s immigration policy.

At the same time, Trump has been under strong bipartisan pressure to amend the “zero-tolerance” policy that resulted in the separation from their parents of more than 2,000 children of migrants illegally crossing the U.S. border from Mexico in recent months. Trump bowed to the pressure on Wednesday, signing an executive order to keep children and their parents in the same location.

Meanwhile, proposed legislation by conservative members of Congress would include actions to cut back on the number of immigrants allowed to enter the U.S. legally. Republican legislators are facing a public that is largely supportive of immigration into the U.S., in general. In all but one year since Gallup started asking this question in 2001, majorities of Americans across party lines have viewed immigration as positive for the U.S. The exception came in 2002, when slightly less than half of Republicans and Republican-leaning independents thought immigration was a good thing, although 58% of Democrats and Democratic leaners held this view. So a majority nationally, 52%, were still positive. This was recorded about nine months after the 9/11 terrorist attacks were committed by hijackers holding legal visas. Currently, 85% of Democrats and Democratic leaners and 65% of Republicans and Republican leaners view immigration positively.

Perhaps the most interesting thing about these numbers is the fact that they were largely true across parties, with even a solid majority of Republicans saying that they believed immigration was a good thing:

The poll also found that the number of Americans who believe that immigration levels should be decreased is lower than it has been in the past:

These results mark a six-point drop from one year ago in the percentage of those preferring a reduction in immigration. In the past 20 years, the highest reading for those calling for a decrease in immigration levels was in October 2001, about a month after the 9/11 terrorist attacks on the U.S.

The trend with respect to this question can be seen in this chart:

As Philip Bump notes in The Washington Post, the fact that these numbers are so high in the Trump Era, even among Republicans, is interesting, to say the least. Based on his rhetoric and the fact that he is strongly supported at least among Republicans, one would have thought that this President was reflecting a distinct change in public perceptions of immigration issues as a whole. The gap between the President and public opinion in this area also extends to specific policy areas. Yesterday, for example, Gallup released other poll results that showed that most Americans opposed the President’s position on the construction of a border wall as well as his position on DACA. This is consistent with other polling on both issues that show a majority of Americans, and even a majority of Republicans, are not on the same page as the President or the hardliners in the Republican Party on immigration issues. In fact, the only demographic group that seems to support Trump’s positions on immigration are the hardcore group of people who have supported him from the start of his campaign when he made opposition to immigration and the adoption of hardline positions like the construction of a border wall a central part of his campaign.

As a practical matter, it’s unclear exactly what this means. Generally speaking, immigration is not an issue that drives people to the ballot box with the exception of those on the left and the right who are strongly motivated by the issue. It’s possible, of course, that the current scrutiny being given to the issue thanks to the controversy that arose over the course of the past week, along with the ongoing debate over the fate of DACA beneficiaries, could change that in a manner that could end up harming Republicans in the General Election, but historically speaking that is unlikely ,Instead, the primary motivation for voters in November is likely to be the same as usual, with the economy and jobs being at the top of the list for most voters absent some other factors that end up pushing those issues to the side. In the case of immigration, it’s possible that Trump himself could accomplish that if he follows through with his previous threats to force a government shutdown unless he gets funding for his border wall. In that case, he would be putting the immigration issue back on the table less than a month before the election. Poll numbers like these suggest that he could end up regretting that.