Republicans are planning on pushing judicial nominees through the Senate in case they lose control in November. Meanwhile, the possibility of a Supreme Court vacancy raises the stakes. 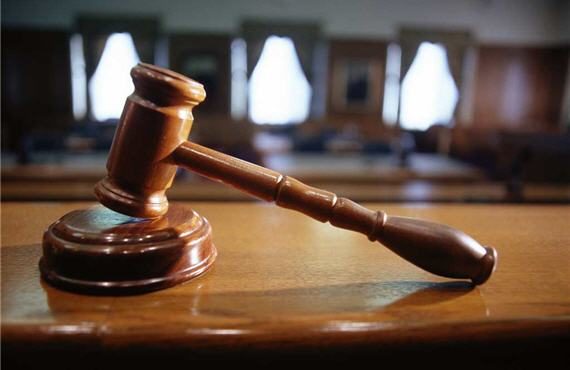 In what is perhaps a sign that Republicans are growing increasingly worried about the prospect of losing control of the Senate in November, Politico is reporting that Senate Majority Leader Mitch McConnell is working on pushing through the logjam of judicial appointments currently pending in the Senate:

Mitch McConnell is making a last dash to stock the judiciary with conservatives this year as a hedge against the chance that Republicans lose the Senate in November.

The GOP may have only a few more months of unified control of Washington to repeal Obamacare or enact President Donald Trump’s infrastructure plan. But the Senate majority leader is taking a longer view — and confirming as many conservative judges as possible to lifetime appointments.4

The move will show conservative voters that the Senate can still get things done even if Republicans lose the House and is part of McConnell’s years-long plan to reshape the courts after the presidency of Barack Obama shifted them to the left. Since becoming majority leader in 2015, the Kentucky Republican stymied Obama’s nominees for two years, including blocking a Supreme Court hopeful. And now he’s going into overdrive with Trump as president.

Trump has already nominated 69 judges, but there are 149 total vacancies. GOP leaders say McConnell is intent on filling as many as he can this year, in part out of concern that Democrats take back the Senate and exact retribution on McConnell and Trump for changing the face of the courts.

“You have to be realistic about it and go into it with an expectation that [losing the Senate] is a possibility. And for that reason, I think it’s important that we move judiciously to get done as many as we can,” said Sen. John Thune of South Dakota, the No. 3 GOP leader.

McConnell allowed only 20 confirmations of district and circuit judges during Obama’s last two years, a modern low according to congressional statistics. Already he has confirmed 32 judges for Trump, including Supreme Court Justice Neil Gorsuch.

But McConnell isn’t close to being done: After confirming three judges last week, McConnell is preparing to confirm another group of them this spring. More than 30 lifetime judicial nominations are ready for the floor, and the Senate Judiciary Committee is continuing to churn them out in preparation for a long, slow grind on the Senate floor.

Democrats can delay but not stop these judges through procedural tactics, dragging out each confirmation several days if they wish. The minority party is furious that McConnell slowed Obama’s judges only to prioritize Trump’s, and say the majority leader is trying to enact a conservative agenda while circumventing the legislative process.

“Senate Republicans haven’t been able to move much of their hard-right agenda because it’s so unpopular with the American people, so they’re trying to do in the courts what they couldn’t do on the Senate floor,” said Senate Minority Leader Chuck Schumer (D-N.Y.).

Democrats are delaying many judges and Republicans are mulling another rules change to cut the number of hours of debate that Democrats can insist on, from 30 to 8. Meanwhile, Democratic input over judges is declining as Republicans sometimes ignore the “blue slip” process that calls for home state senators to approve judicial nominees.

If they are back in control next year, Democrats are sure to consider cutting off the judicial pipeline in case they win the White House in 2020.

“Mitch McConnell now tries to take advantage of all that delay he created and those spaces,” said Sen. Cory Booker (D-N.J.). “I don’t know if they’re going to regret this come five years from now.”

The simple majority threshold and lack of bipartisan input has translated to lower quality nominees, according to critics. The White House has given GOP senators more latitude than usual in proposing district court nominees and several have embarrassed themselves in confirmation hearings and ultimately withdrawn.

“It’s their highest priority,” said Senate Minority Whip Dick Durbin (D-Ill.). “They want to put Federalist Society extremist judges by and large into lifetime appointments. They think they can change the face of America.”

On Thursday before the Senate left town, McConnell quietly set up votes on another Circuit Court nominee: the 15th of this Congress. So if it looks like the Senate is twiddling its thumbs next week, there’s a good chance the majority leader is actually looking to fill another vacant court seat for a generation.

“It is a very high priority for Sen. McConnell,” said Sen. Lamar Alexander (R-Tenn.), perhaps the GOP leader’s closest friend in the Senate. “When Democrats are slowing down all nominations and Sen. McConnell has to use most of the week to do one nomination, he’s going to pick a circuit judge almost every time.”

As a political move, of course, this makes sense for Republicans. Thanks to last December’s loss of the seat formerly held by Jeff Sessions in Alabama, the Republican majority is down to the razor-thin margin of 51-49, and with Senator John McCain in Arizona for the foreseeable future, that means that accomplishing much of anything else in the Senate without Vice-President Pence’s tie-breaking vote will be difficult if not impossible. Confirming Republican judicial nominees is the one thing that keeps the Republican caucus united, and even if it means that Pence will have to stay in town to cast tie-breaking votes as long as McCain is unavailable to vote, getting those nominees through is the one thing that Senate Republicans can do that they will be able to point to as a legislative success as we head into a primary and General Election season that will require an energized, united Republican base turnout to counter Democratic and Democratic-leaning voters that, based on all the available polling, are currently much more motivated than Republicans to vote this coming November. Putting the issue of judicial nominees on the table is perhaps the one thing that can motivate Republicans who might otherwise be demoralized to get out to the polls.

All of this could become more relevant later in the year, of course, depending on what happens with respect to any potential Supreme Court retirements. As was the case at this time last year, all eyes will likely be on Associate Justice Anthony Kennedy as we get closer to the end of the current Court term. One year ago, for example, Chuck Grassley, the Chairman of the Judiciary Committee dropped hints of a potential retirement at the end of the term. Grassley didn’t mention Kennedy by name, but the fact that Kennedy, now the longest-serving member on the Court, might decide to step aside now that there was a Republican in the White House and a Republican-controlled Senate made it fairly easy to deduce who it was Grassley was speculating about. The speculation around Kennedy picked up again as the final days of the term got closer in June. At least part of that speculation was driven by the fact that nearly all of Kennedy’s former law clerks were coming to Washington to participate in a reunion that Kennedy holds every couple of years. As I noted at the time that Grassley made his remarks and again in the last days of the term, one major signal that Kennedy would not retire could be found in the fact that Kennedy had hired a full slate of law clerks for the upcoming October 2017 Term as had all of the other Justices on the Court. While this isn’t necessarily a dead giveaway that a Justice isn’t retiring, it is a strong sign that they’re planning on being around for the new term.

In the end, of course, there was no retirement at the end of the term by Kennedy or anyone else. Several days after the end of the June term, though, it was reported that Kennedy was advising law clerks he was interviewing for the term that begins in October 2018 that he could decide to retire at the end of October 2017 Term, which means that if they were hired they would end up being reassigned to other Justices, or potentially to whoever might be appointed and confirmed to replace him. Most recently, Nevada Senator Dean Heller speculated that we could see a Kennedy retirement in June, but as I noted at the time it’s clear that his speculation wasn’t based on anything more than the same speculation we’ve seen swirling around Kennedy since this time last year. There will no doubt be more speculation about Justice Kennedy’s intentions as we get closer to June. In that regard, it’s once again worth noting that Kennedy has once again hired a full slate of clerks for the October 2018 Term, so that could be an indication that he’s staying around for the time being notwithstanding the fact that the GOP could lose control of the Senate in November. On the other hand, as I’ve said before, this “hiring watch” has sometimes been an unreliable predictor of judicial intentions in the past.

So, it’s possible that Kennedy will retire at the end of the term, or it’s possible that he won’t. We won’t really know until there is (or isn’t) announcement. Additionally, it’s possible that another Justice could decide to step aside. Of the older Justices, Ruth Bader Ginsburg has made it clear that she has no intention of stepping down any time soon, and it also seems unlikely that Justice Stephen Breyer will step aside either. There has been some speculation in the past, though, that Justice Thomas, who has been on the Court only a few years less than Kennedy, could decide to retire while he’s still relatively healthy and the Republicans are in control of Washington. These are just rumors, though, and there have been far fewer rumors about Thomas than there have about Kennedy. If there is a Supreme Court retirement this year, though, then you can look for Republicans in the Senate to move quickly to get whoever President Trump names as a replacement through the Judiciary Committee, and through the Senate, prior to the November elections. Democrats would have some ability to slow that process down somewhat, but there’s nothing they can to do stop it as long as they are in the minority.