The Hobby Lobby decision could end up motivating women voters to turn out to vote against Republicans in the fall. 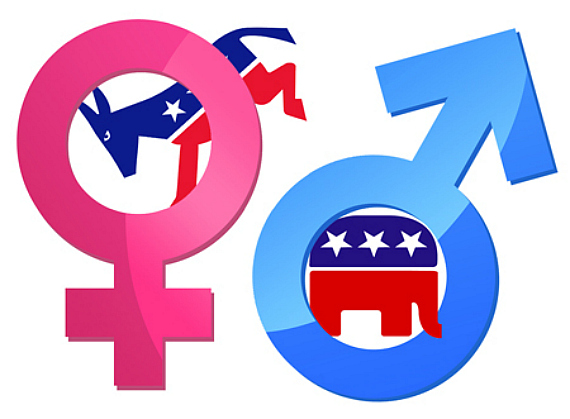 A new poll suggests that female voters are not very interested in supporting politicians who agree with the Hobby Lobby decision:

The majority of female voters don’t want to vote for politicians who support Hobby Lobby’s move to drop coverage for some forms of contraceptives, according to a new poll conducted by Hart Research Associates. Although the crafts chain won its recent Supreme Court challenge on religious liberty grounds, the results suggest that candidates may not win their races with the same stance.

Fifty seven percent of respondents told pollsters that they’d be more likely to support a candidate who opposes allowing employers to drop birth control coverage, and about half of them said they feel “very strongly” about that preference. An even higher number, 71 percent, said that elected officials who support the Hobby Lobby ruling are focused on the “wrong issues and priorities.”

The distaste for pro-Hobby Lobby candidates isn’t limited to voters who identify as Democrats. About 55 percent of independents said they were more likely to support politicians who oppose allowing companies to refuse to cover contraception, versus just 20 percent who said they would lend their support to a politician who supports that policy. Republican women are about evenly split, with 34 percent preferring candidates who oppose the Hobby Lobby ruling and 38 percent preferring candidates who favor it.

“This poll shows that women are focused on the Hobby Lobby ruling, they’re angry about it, and they’re going to vote based on it this November,” Dawn Laguens, the executive vice president of Planned Parenthood Action Fund, said in a statement. The survey was commissioned on behalf of Laguens’ group, which is spending millions of dollars this election cycle to focus midterm races on women’s health issues.

Other recent polls have reported similar findings. Before the Supreme Court handed down its ruling on Hobby Lobby, two thirds of female voters reported that they wanted the crafts store to lose its case. And polling in specific states, like Colorado and North Carolina, has found that most voters are less likely to support candidates who want to restrict access to affordable contraception. Both of those states are facing upcoming Senate races that outside observers predict may hinge on issues related to reproductive rights.

This isn’t particularly surprising, of course. Republicans have long had issues with female voters, and in recent elections the gender gap has become something of a decisive factor. Here in Virginia, for example, support from both married and single female voters in the suburban communities in Northern Virginia was a large part of the reason that Terry McAuliffe was able to pull off a win against Ken Cuccinelli, and in that election women were largely motivated by Cuccinelli’s record on issues ranging from abortion rights to divorce and contraceptive coverage. The phenomenon is also quite apparent on the national level, as more recent polling has indicated. Republicans do recognize these problems, of course, but even a recent meeting on the issue that was headlined by some of the most prominent Republican women in Congress makes it clear that the GOP still doesn’t know how to talk to women.

The interesting question is whether or not this apparent gender split on the Hobby Lobby case will have an impact on any of the elections that will decide the balance of power in the Senate in November. As I have noted in my discussions of the Supreme Court decisions in that case, the fact that the decision is based entirely on an interpretation of a statute rather than the First Amendment means that, at least in theory, Congress could change the law to deal with the issues that the Court decided. Such a bill has been introduced in the Senate but, of course, it will go nowhere in that body and would have no chance in the House of Representatives. It could, however, serve as a tool for Democrats to get women to the polls in November in states like North Carolina, Arkansas, Louisiana, Kentucky, and Georgia where they could make a difference between defeat and victory. At the very least, I’d expect that we’ll see Democrats in those states, as well as outside groups, target female voters in those states with messages that center on the Hobby Lobby decision and the general issues surrounding contraceptives and other social issues. Even if it only ends up being effective at the margins, it could be something that ends up being the difference between whether a Democrats or a Republican wins a particular race in those states, and that could be all that’s needed to decide who controls the Senate.