The election of an anti-austerity government in Portugal is raising some concerns. 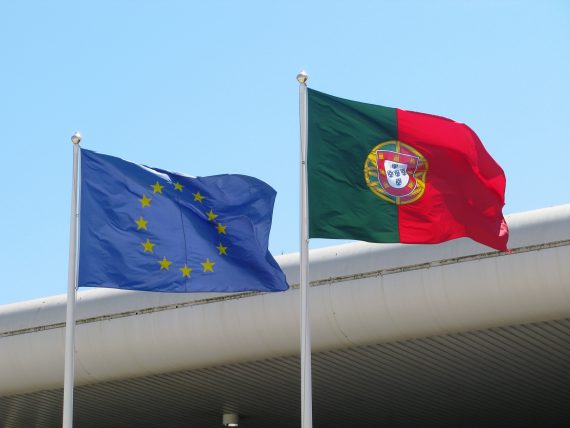 With much of Europe worried about terrorism and refugees, there hasn’t been much attention paid to the financial issues that have gripped many of the continents weaker members, but that may be about to change thanks to Portugal:

LISBON, Portugal — An anti-austerity alliance including radical leftist parties takes power. A shaky economy and huge debts menace the national economy. The rest of Europe watches with a wary eye.

Sound familiar? It’s not Greece, but another eurozone country: Portugal.

A nation that just months ago was hailed as an example of how to follow through with budget austerity measures has become a new source of concern in Europe.

A left-wing coalition has unseated a center-right government that introduced the deep spending cuts and steep tax hikes demanded since 2011 by creditors during Portugal’s 78 billion-euro ($82.6 billion) bailout.

The developments echo what happened in Greece, whose radical leaders this year almost crashed the nation out of the eurozone.

Led by the moderate Socialist Party, which took office Thursday, Portugal’s new administration will be backed in Parliament by the Communist Party and the radical Left Bloc and Green Party.

Their rise and rhetoric bring to mind the radical Syriza party in Greece and its dramatic clashes this year with its eurozone creditors. Syriza initially refused to agree to more budget cuts and the creditors responded by almost pushing Greece out of the euro.

The new government in Lisbon — the country’s second-largest ever, with 17 ministers and 41 deputy ministers — is taking up a similar battle cry, vowing to “turn the page” on austerity, which Germany has championed for years to reduce high debts despite the economic hardship it can create. That kind of rebelliousness alarms investors, who like predictability.

Labeling Portugal as the “next Greece,” though, ignores both the similarities between the two nations and their financial situations, and the differences:

To begin with, Mario Centeno is no Yanis Varoufakis.

Portugal’s incoming Harvard-trained finance minister is discreet and self-effacing — a far cry from the flamboyant former Greek finance minister Varoufakis, whose rebel yell alienated Greece’s creditors. The Portuguese generally aren’t as fiery as the Greeks, with no violent protests recorded in Lisbon streets.

While Portugal fell short of its goal of being like Ireland, another bailout recipient whose economy is flourishing, after three years of recession it grew 1.5 percent in the first half of this year compared with the same period in 2014. The unemployment rate has fallen from a record 17.7 percent in 2013 to 11.7 percent in the third quarter. By fulfilling its bailout plan of austerity measures, Lisbon has been able to emerge from the program’s system of regular reviews by creditors.

No such relief for Greece, where the government expects the economy to remain in recession through 2016, with unemployment stuck at more than 25 percent and the national debt ballooning to reach 188 percent of annual output. There are no immediate plans to tap bond markets, and bank transactions remain restricted following the country’s near financial collapse in the summer.

Portugal’s sovereign bonds are also supported by the European Central Bank’s bond-buying stimulus program. Thanks to the program, Portugal’s borrowing rates remain very low despite the political uncertainty — it sold 10-year bonds on Wednesday at a yield of just 2.43 percent. Greece’s bonds, by contrast, are not eligible for such support because they are rated lower’

Perhaps the biggest difference, though, is the fact that, so far at least, Portugal has not been to the well for a bailout as many times as Greece has over the past five years or more. Because of that, they seem to have more credibility with German and other European bankers, as well as the governments in France and Germany that play a large role in calling the shots in the European Union, than the Greeks have ever had or than they certainly have had during their last several crises when it has seemed as though they keep asking Europe for help while showing no signs of wanting to fix what’s wrong with their economy. Politically, Portugal also does not have to deal with far-left anti-austerity political parties having significant political powe. As things stand right now, it does not appear that any such party will have significant power either in their Parliament or in any governing coalition itself. Granted, that last point could change if future developments lead to the kind of resentment against Europe that has become par for the course in Greece, but at least in the short time this gives the more moderate left-wing government that does control the government in Lisbon to negotiate a deal without having to worry about one of their coalition partners blowing it up before it can even be passed into law.

Indeed, the nation’s new Prime Minister is seeking to reassure both European banks and those who support his government:

Portugal’s new socialist prime minister, Antonio Costa, promised to break “the spiral of austerity” imposed by Europe yesterday, even as he moved to calm fears that his far-Left coalition government could deepen financial instability in Europe.

Mr Costa pledged to “set up an alternative to the spiral of austerity that has compounded the economic, social and even fiscal problems” of Portugal, which is still clawing its way back from the 2007 financial crisis.

But in a move to reassure investors and European institutions made anxious by weeks of uncertainty in Portuguese politics, Mr Costa, a former mayor of Lisbon, said that his alternative would be “realistic and prudent”.

The inauguration of the new government ended seven weeks of political limbo following inconclusive elections on October 4. The outgoing right-wing coalition won the most votes but lost the absolute majority it had enjoyed since 2011.

“The priority is economic growth, job creation and the reduction of inequalities, which will allow, on a sound basis, the balancing of public accounts,” he added.

The coalition which yokes together centre and far-Left parties for the first time is founded on an agreement to strengthen social security and take active measures to alleviate poverty.

Portugal is no longer under the EU Troika’s bailout tutelage but the EU’s Fiscal Compact obliges the government to gradually reduce its public debt, currently at 128 per cent of GDP.

Under the agreements between the Left-wing allies, public wage cuts and pension freezes are to be reversed and an emergency income tax supplement to help the previous government balance its books will also be pared back.

The have markets responded positively to Mr Costa’s appointment, with Portuguese 10-year yield bonds falling every day since his appointment last Tuesday, but fears persist that his governing coalition will not last a full electoral term.

Federico Santi, an analyst with the Eurasia Group risk consultancy, warned in a note that “significant ideological and policy divergences remain”, while predicting that “cracks could start to appear as early as in the coming weeks” as the government tries to set a budget for 2016.

In a separate note, analysts at Citi said they “could not rule out a new round of Portuguese elections within the next year or so.”

Portugal’s president, Anibal Cavaco Silva, a conservative who remains sceptical about the alliance, said this week that doubts “about the political stability and durability” of the government “were not completely dispelled,” despite the guarantees given by Costa.

For the time being, Europe’s attention is distracted by the events in Paris and the threats of additional terror attacks, which is understandable. Before long, though, the continent, and the rest of us, may find ourselves talking about Portugal more than we likely have in recent years.