Democrats are making largely meaningless appeals to the so-called 'Merrick Garland Precedent" to argue for a delay in confirming the President's next Supreme Court nominee. The American people feel differently. 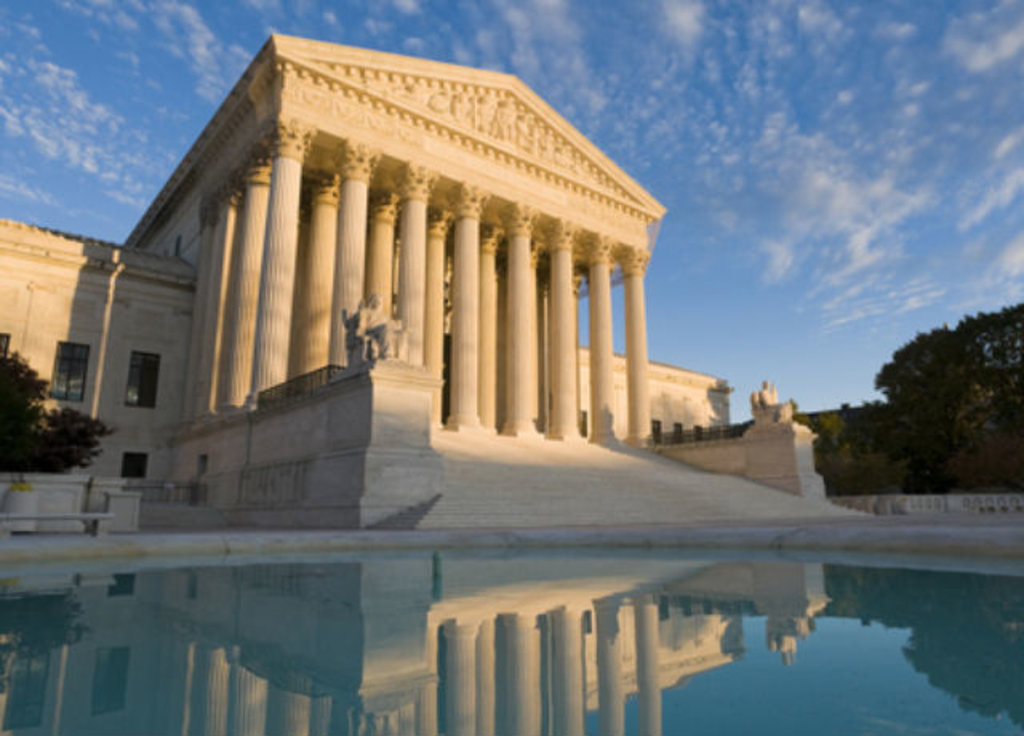 Ever since Justice Anthony Kennedy announced his retirement last week, Democrats have been arguing that the Senate should put off consideration of whoever the President might select to replace him until after the upcoming midterm elections, which as of tomorrow will be exactly four months away. This call is quite obviously a call back to the refusal of Senate Majority Leader Mitch McConnell and the Republicans to hold a hearing or take a vote on the nomination of Judge Merrick Garland to succeed Justice Antonin Scalia after he died. At the time, Republicans and their supporters cited the fact that there was an upcoming Presidential election and that the American people should have an opportunity to be heard on the outcome of that election before the Senate acts on any nomination. Using much the same logic, many Democratic Senators and pundits are citing what they’ve come to call either the “Merrick Garland Precedent” or the “Mitch McConnell Precedent” in support of their argument that the Senate should delay consideration of a new Supreme Court nominee until after the election.

This position began mere minutes after Kennedy’s retirement announcement became public when Senate Majority Leader said on the Senate floor that the Republican-controlled Senate “should follow the rule they set in 2016, not to consider a Supreme Court justice in an election year.” He also said that “millions of people are just months away from determining the senators who should vote to confirm or reject the president’s nominee, and their voices deserve to be heard now.” Senate Minority Whip Dick Durbin said pretty much the same thing, and the message has been repeated by other Democratic Senators, including Kamala Harris, Elizabeth Warren, and several Democrats who sit on the minority side of the Senate Judiciary Committee. Just today, Senator Schumer doubled down on his position by making the rather absurd suggestion that President Trump should appoint Merrick Garland to replace Kennedy, mirroring similar comments that were made by some on the left before Trump named Justice Gorsuch as his nominee early last years. By contrast, Senator McConnell has said that he intends to move quickly on the nomination once the President announces it and that he intends to hold a vote on the nomination before the beginning of the new Supreme Court term in October. This means there would need to be a Senate vote before the end of September and preferably early enough before the start of the new term on October 1st so as to allow the new Justice to prepare for the first two weeks of oral argument, which have already been announced.

Obviously, Democrats have at least some hope that their appeal to what the Republicans did with respect to the Merrick Garland nomination will work to their political advantage notwithstanding the fact that it doesn’t appear to have had much of an impact on the 2016 election outside the Democratic base. In any case, if a new NBC News poll is any indication, the American public does not agree:

A majority of Americans believe the Republican-led Senate should vote on President Donald Trump’s Supreme Court nominee before the November midterm elections, undercutting the Democratic argument that it should be delayed until after the pivotal fall elections, according to a new NBC News|SurveyMonkey poll.

More than six in 10 Americans, or 62 percent, said Trump’s nominee, who will be announced on Monday, should be confirmed or rejected before the elections in which control of the House and Senate are at stake. About three in 10, or 33 percent, said the Senate should wait until after the elections, the poll found.

Sixty-six percent of Democrats and 60 percent of Republicans said Trump’s nominee would be an important factor in their vote in the midterms. However, less than half of independents, 46 percent, said it would be on their mind when casting their November ballot.

The vast majority of Republicans surveyed, 85 percent, said the Senate’s vote on the nominee should take place before the election. Roughly six in 10 Independents, or 61 percent, agreed. However, more than half of Democrats, 55 percent, believe the voting on a new justice should wait.

Obviously, there is at least some amount of hypocrisy in the fact that Republicans are prepared to proceed on a nomination to replace Kennedy just four months before the midterms, with a final vote on that nomination that would take place just 6-8 weeks before the election, after having refused to take any action on Garland’s nomination which was announced some eight months before the Presidential election and seven months before the start of the Court’s next term. However, as James Joyner correctly noted in his post on this issue on the day Kennedy announced his retirement, what the Republicans did with respect to the Garland nomination was in the end purely an exercise in power politics, it was not intended to be the establishment of some new precedent regarding the consideration of judicial nominees prior to an election. Additionally, as I put it in a post just a few weeks before President Trump took office, the Senate GOP Leadership made a huge political bet in the wake of Scalia’s death, one that they easily could have lost had Hillary Clinton won the election, and they ended up winning. In the end, that was all that really matters.

Part of the reason for this is because, in the end, voters outside the beltway clearly don’t really care about the “process stories” that routinely become the obsession of Members of Congress, pundits, reporters, and activists. By that, I mean that they generally don’t seem to care how something gets done in Washington as long as it gets done. This is the main reason why the GOP’s gamble on the Merrick Garland nomination failed to resonate with the American public and why Democratic efforts to portray the efforts to get to a quick vote on the new Supreme Court vacancy isn’t likely to resonate with them either. Polls like this make clear that they’re more concerned with what gets done than how it happens, and the intricacies of the rules of the United States Senate are hardly something that is going to interest the average American voter. Given that, any hope on the part of Democrats that they’re going to score political points on the contrast between the GOP position in March 2016 when Garland was nominated and its position today is way off the mark.

In any case, the Democrats efforts to resurrect the ghost of Merrick Garland are clearly meant to be a political move. By bringing it up, they obviously hope to revive the memories of that matter in the minds of their base and the American public in the hope that it will be advantageous to them in the midterm elections. Obviously, they are essentially powerless to stop the nomination itself thanks to the Republican decision to finish the work that Harry Reid had started and end the filibuster for Supreme Court nominations. People such as Schumer and Durbin are obviously smart enough to realize that. If this poll is any indication, though, the argument isn’t likely to resonate with the American public as a whole and could end up backfiring on Democrats if they try to slow the nomination down right before the election since such a move would seem to run counter to public opinion

Time For The Senate GOP To Give In On Merrick Garland Nomination?