Voters in four states — Pennsylvania, Kentucky, Arkansas, and Oregon — are heading to the polls today:

WASHINGTON – Democrats Arlen Specter in Pennsylvania and Blanche Lincoln in Arkansas struggled uncertainly for nomination to new Senate terms Tuesday and tea party activists clashed with the Republican hierarchy in Kentucky in primaries testing anti-establishment anger in both political parties.

In a fourth race with national implications, Republican Tim Burns and Democrat Mark Critz vied to fill out the final few months in the term of the late Rep. John Murtha in southwestern Pennsylvania.

Each political party invested some $1 million to prevail for that House seat and said the race to succeed the longtime Democratic lawmaker was something of a bellwether for the fall.

Rounding out the busiest night of the primary season to date, Democratic Sen. Ron Wyden in Oregon faced little opposition in his campaign for nomination to a third full term.

The far-flung races took place a little less than five months before midterm elections in which Republicans will challenge Democrats for control of both houses of Congress. President Barack Obama backed incumbents in his party’s races, but despite the stakes for his legislative agenda the White House insisted he was not following the results very closely.

I’ll be back when it’s all over with a wrap-up and analysis. 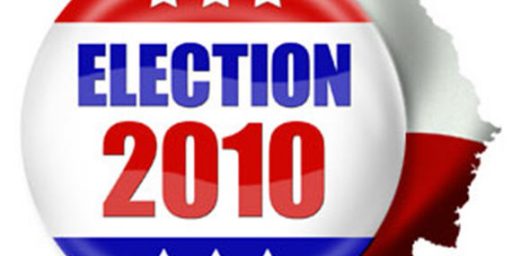 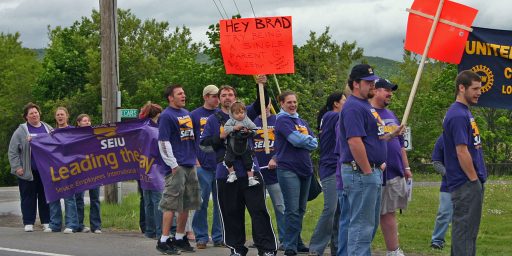