A new report from The New York Times is likely to cause President Trump's war on the Justice Department to heat up. 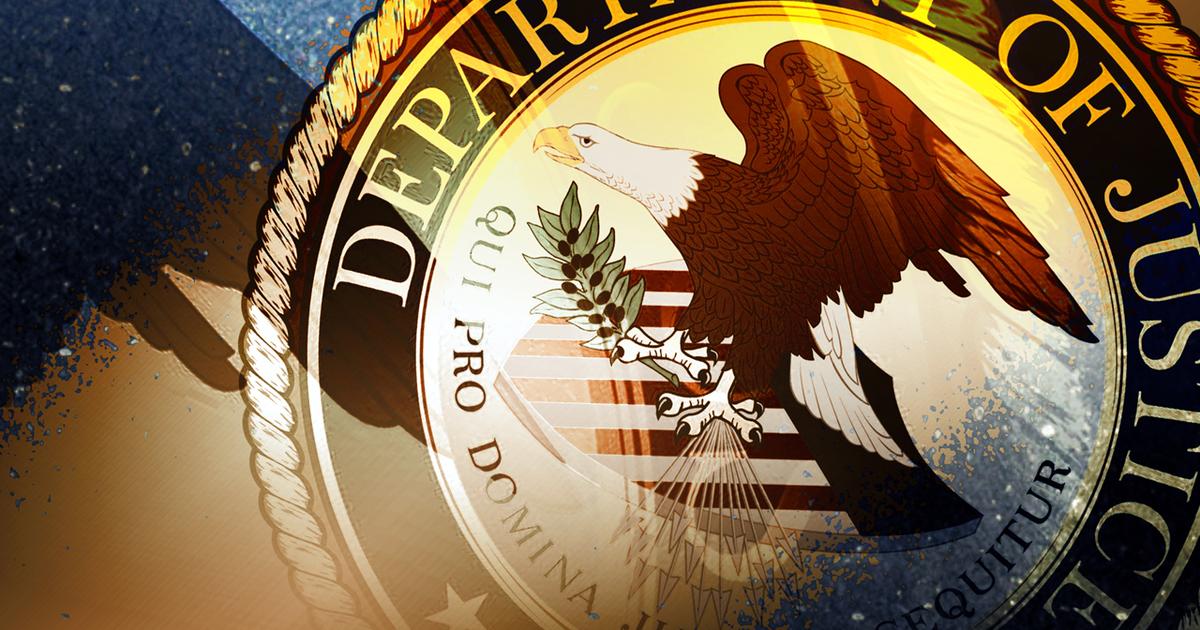 Yesterday, The New York Times reported that, in the wake of the firing of F.B.I. Director James Comey, Deputy Attorney General Rod Rosenstein had suggested to colleagues that someone should secretly record the President and discussed invoking the 25th Amendment:

WASHINGTON — The deputy attorney general, Rod J. Rosenstein, suggested last year that he secretly record President Trump in the White House to expose the chaos consuming the administration, and he discussed recruiting cabinet members to invoke the 25th Amendment to remove Mr. Trump from office for being unfit.

Mr. Rosenstein made these suggestions in the spring of 2017 when Mr. Trump’s firing of James B. Comey as F.B.I. director plunged the White House into turmoil. Over the ensuing days, the president divulged classified intelligence to Russians in the Oval Office, and revelations emerged that Mr. Trump had asked Mr. Comey to pledge loyalty and end an investigation into a senior aide.

Mr. Rosenstein was just two weeks into his job. He had begun overseeing the Russia investigation and played a key role in the president’s dismissal of Mr. Comey by writing a memo critical of his handling of the Hillary Clinton email investigation. But Mr. Rosenstein was caught off guard when Mr. Trump cited the memo in the firing, and he began telling people that he feared he had been used.

Mr. Rosenstein made the remarks about secretly recording Mr. Trump and about the 25th Amendment in meetings and conversations with other Justice Department and F.B.I. officials. Several people described the episodes in interviews over the past several months, insisting on anonymity to discuss internal deliberations. The people were briefed either on the events themselves or on memos written by F.B.I. officials, including Andrew G. McCabe, then the acting bureau director, that documented Mr. Rosenstein’s actions and comments.

None of Mr. Rosenstein’s proposals apparently came to fruition. It is not clear how determined he was about seeing them through, though he did tell Mr. McCabe that he might be able to persuade Attorney General Jeff Sessions and John F. Kelly, then the secretary of homeland security and now the White House chief of staff, to mount an effort to invoke the 25th Amendment.

The extreme suggestions show Mr. Rosenstein’s state of mind in the disorienting days that followed Mr. Comey’s dismissal. Sitting in on Mr. Trump’s interviews with prospective F.B.I. directors and facing attacks for his own role in Mr. Comey’s firing, Mr. Rosenstein had an up-close view of the tumult. Mr. Rosenstein appeared conflicted, regretful and emotional, according to people who spoke with him at the time.

“The New York Times’s story is inaccurate and factually incorrect,” he said in a statement. “I will not further comment on a story based on anonymous sources who are obviously biased against the department and are advancing their own personal agenda. But let me be clear about this: Based on my personal dealings with the president, there is no basis to invoke the 25th Amendment.”

A Justice Department spokeswoman also provided a statement from a person who was present when Mr. Rosenstein proposed wearing a wire. The person, who would not be named, acknowledged the remark but said Mr. Rosenstein made it sarcastically.

But according to the others who described his comments, Mr. Rosenstein not only confirmed that he was serious about the idea but also followed up by suggesting that other F.B.I. officials who were interviewing to be the bureau’s director could also secretly record Mr. Trump.

Mr. McCabe, who was later fired from the F.B.I., declined to comment. His memos have been turned over to the special counsel, Robert S. Mueller III, in the investigation into whether Trump associates conspired with Russia’s election interference, according to a lawyer for Mr. McCabe. “A set of those memos remained at the F.B.I. at the time of his departure in late January 2018,” the lawyer, Michael R. Bromwich, said of his client. “He has no knowledge of how any member of the media obtained those memos.”

As the Times report goes on to note, these discussions allegedly occurred in the days and weeks after James Comey was fired while the President was in the process of interviewing replacements for the job of F.B.I. Director, a process that Rosenstein was participating directly in as part of his responsibilities as Deputy Attorney General. It was during this process, the Friday report says, that Rosenstein allegedly became aware of chaos in the White House that gave rise to his comments about recording the President and the 25th Amendment:

The president’s reliance on his memo caught Mr. Rosenstein by surprise, and he became angry at Mr. Trump, according to people who spoke to Mr. Rosenstein at the time. He grew concerned that his reputation had suffered harm.

During their discussion, Mr. Rosenstein expressed frustration at how Mr. Trump had conducted the search for a new F.B.I. director, saying the president was failing to take the candidate interviews seriously. A handful of politicians and law enforcement officials, including Mr. McCabe, were under consideration.

To Mr. Rosenstein, the hiring process was emblematic of broader dysfunction stemming from the White House. He said both the process and the administration itself were in disarray, according to two people familiar with the discussion.

Mr. Rosenstein then raised the idea of wearing a recording device, or “wire,” as he put it, to secretly tape the president when he visited the White House. One participant asked whether Mr. Rosenstein was serious, and he replied animatedly that he was.

If not him, then Mr. McCabe or other F.B.I. officials interviewing with Mr. Trump for the job could perhaps wear a wire or otherwise record the president, Mr. Rosenstein offered. White House officials never checked his phone when he arrived for meetings there, Mr. Rosenstein added, implying it would be easy to secretly record Mr. Trump.

Mr. Rosenstein mentioned the possibility of wearing a wire on at least one other occasion, the people said, though they did not provide details.

The suggestion itself was remarkable. While informants or undercover agents regularly use concealed listening devices to surreptitiously gather evidence for federal investigators, they are typically targeting drug kingpins and Mafia bosses in criminal investigations, not a president viewed as ineffectively conducting his duties.

In the end, the idea went nowhere, the officials said. But they called Mr. Rosenstein’s comments an example of how erratically he was behaving while he was taking part in the interviews for a replacement F.B.I. director, considering the appointment of a special counsel and otherwise running the day-to-day operations of the more than 100,000 people at the Justice Department.

At least two meetings took place on May 16 involving both Mr. McCabe and Mr. Rosenstein, the people familiar with the events of the day said. Mr. Rosenstein brought up the 25th Amendment during the first meeting of Justice Department officials, they said. A memo about the second meeting written by one participant, Lisa Page, a lawyer who worked for Mr. McCabe at the time, did not mention the topic.

When the Times report first hit the wires yesterday afternoon it was, understandably, called a “bombshell” notwithstanding the fact that Rosenstein immediately issued a statement denying the report and saying that he had never pursued any effort to either record the President secretly or that he had pursued any options under the 25th Amendment. Given the context in which this report was released, though, that denial is unlikely to prove sufficient to quell the controversy that this report is likely to create. President Trump has been at war with the Justice Department in general, and Attorney General Sessions, Rosenstein, and Special Counsel Robert Mueller specifically, for some time now, and this report is only likely to fuel that war, and the speculation that he might move to fire one or more of them has been rampant for the better part of a year now. This report is only going to increase that speculation, as are remarks that the President made last night during a rally in Missouri:

SPRINGFIELD, Mo. — President Trump cast the midterm elections as a referendum on him and his agenda, arguing at a rally here on Friday that a vote for any Democrat would empower “dangerous” and “crazy” people and sap the Republican Party’s fragile congressional majorities.

He also continued his attacks on federal law enforcement, promising to root out the “real bad ones” and eliminate the “lingering stench” at the Justice Department.

In detailing his complaints about federal law enforcement, he appeared to allude to a New York Times article published earlier in the day that reported that Rod J. Rosenstein, the deputy attorney general, suggested last year that he secretly record President Trump and that he discussed recruiting cabinet members about removing Mr. Trump from office for being unfit.

“They’re all gone,” he added, “but there’s a lingering stench, and we’re going to get rid of that, too.” His remarks capped a week in which he ratcheted up complaints about Attorney General Jeff Sessions, casting some federal law enforcement officers as a “cancer on the country.”

All of this has led to speculation about whether or not we might see the President move immediately against Rosenstein or others at the Department of Justice in the near future. While anything is possible with this President, my suspicion is that he is not going to act immediately and that it’s entirely possible that he may not act at all. For better or worse, having the Justice Department as a convenient political target seems to be working well for Trump at least as far as his base is concerned.  If he removes Sessions or Rosenstein, both of whom are his nominees, then that makes it harder for him to create a “Deep State” enemy to blame his problems on. Furthermore, any effort to remove either the Attorney General or the Deputy Attorney General is likely to be seen as part of a broader effort to remove Special Counsel Robert Mueller and further undermine the Russia investigation. In that respect, several Republican Senators are already on record as saying that any effort by the President to replace Session and/or Rosenstein would face problems on Capitol Hill and that any person he named to replace one or both of them would face scrutiny regarding their loyalty to the President as opposed to the Rule of Law as well as a pledge that they would protect the integrity of the Russia investigation.

An additional problem that Trump faces in an effort to change things at the Justice Department at this point involves politics and the calendar. Even if he were to remove Sessions and/or Rosenstein today, there would not be time for any confirmation hearings until after the midterm elections. If Republicans lose control of the Senate then Trump will be faced with the prospect of trying to get new nominations approved during the relatively short lame duck period, which would be difficult or risking the prospect of a Democratic-controlled Senate having control of the nomination process starting in January. If that happens, then any battle over a future Attorney General or Deputy Attorney General is likely to be an epic one the outcome of which is by no means certain.