Mariia Butina, a Russian "gun rights activist, is accused of being an unregistered agent of the Russian government and attempting to influence Republican Party policies regarding Russia in an operation that pre-dates the Trump Presidential campaign. 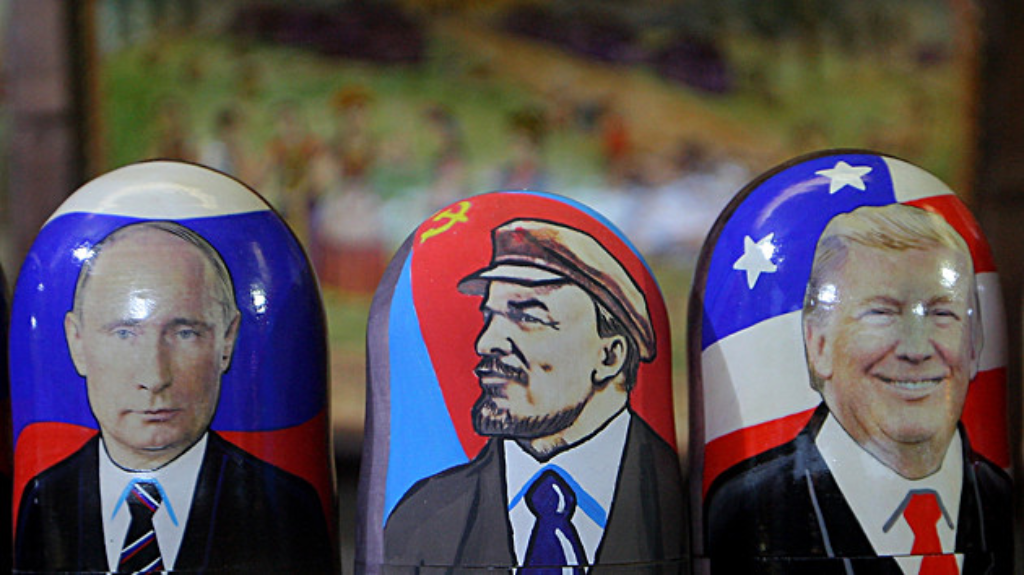 Federal authorities have charged a woman named Mariia Butina, a Russian woman who attempted to utilize contacts with the National Rifle Association and other conservative organizations, to shift Republican policy positions toward Russia:

WASHINGTON — A Russian woman who tried to broker a secret meeting between Donald J. Trump and the Russian president, Vladimir V. Putin, during the 2016 presidential campaign was charged Monday and accused of working with Americans to carry out a secret Russian effort to influence American politics.

At the behest of a senior Russian government official, the woman, Mariia Butina, made connections through the National Rifle Association, religious organizations and the National Prayer Breakfast to try to steer the Republican Party toward more pro-Russia policies, court records show. Privately comparing herself to a Soviet Cold War propagandist, she worked to infiltrate American organizations and establish “back channel” lines of communication with American politicians.

The charges were filed under seal on Saturday, the day after 12 Russian intelligence officers were indicted on a charge of hacking Democratic computers during the 2016 campaign. Ms. Butina, 29, was arrested Sunday and appeared Monday in court. The records were unsealed hours after Mr. Trump stood beside Mr. Putin in Helsinki and said that he saw no reason the Russian leader would try to influence the presidential election.

Mr. Trump’s own intelligence chiefs have concluded otherwise, and the two sets of charges served as jarring bookends to Mr. Trump’s summit meeting with Mr. Putin. As Mr. Trump disparaged the investigation, the Justice Department painted a picture of a multifaceted Russian effort to sway the election through computer espionage, personal overtures and the assistance of American intermediaries.

While Mr. Putin denied any involvement Monday in such activities, court documents showed that Ms. Butina told associates that her covert efforts were approved by Mr. Putin’s administration.

Ms. Butina, whose first name is more commonly spelled Maria, was involved in two failed efforts to set up meetings between Mr. Trump and Mr. Putin in 2016. The charges announced Monday do not name Mr. Trump, but they make clear Ms. Butina’s overtures were part of a carefully crafted Russian intelligence operation.

Ms. Butina is the 26th Russian — and the first one arrested — to face charges related to interference in the presidential election. In February, the Justice Department charged 13 Russians and three companies with stealing the identities of American citizens, posing as political activists and using the flash points of immigration, religion and race to manipulate the 2016 campaign.

Ms. Butina entered the United States on a student visa in 2016, but the scheme she was working on dated to 2013, prosecutors said. At that time, politicians like former Gov. Jeb Bush and Senator Marco Rubio, both of Florida, who have shown no willingness to align themselves with Russian interests, were seen as likely Republican presidential front-runners. Court records describe an effort to shift the party’s views on Russia.

As Mr. Trump’s unusual candidacy gained steam, the Russian government came to favor him over Hillary Clinton, then a Democratic presidential candidate, and worked to support his candidacy, prosecutors and intelligence officials have said.

The Justice Department said that Ms. Butina worked at the behest of an unidentified high-level Russian government official. He has been previously identified as Alexander Torshin, the deputy governor of the Russian central bank who has been linked both to Russia’s security services and organized crime. Mr. Torshin is among the nearly two dozen Russian officials or oligarchs who were sanctioned this year for actions including trying to subvert Western democracies.

Mr. Torshin is a leading figure in Mr. Putin’s political party, United Russia, and has spoken glowingly of Mr. Trump. He has described Mr. Trump as a “supporter of traditional family values” and “a real man” who “really is for cooperation with Russia.”

Ms. Butina viewed the N.R.A. as a powerful force for shifting Republican policies, court records show. She described the group as “the largest sponsor of the elections to the U.S. Congress” and as a sponsor of the Conservative Political Action Conference. The N.R.A. is not named in court records, but its ties to Ms. Butina and Mr. Torshin have been previously reported. The N.R.A. did not respond to a message seeking comment.

In May 2016, Mr. Torshin and Ms. Butina proposed a meeting between Mr. Trump and Mr. Putin during the annual N.R.A. convention in Louisville, Ky. Jared Kushner, Mr. Trump’s son-in-law, shot down the proposal. But Donald Trump Jr., the president’s eldest son, did meet Mr. Torshin and Ms. Butina at an N.R.A.-sponsored dinner, although Mr. Trump’s lawyer has called the encounter brief. Congressional investigators have obtained a photograph of the three at the event, people familiar with the inquiry said.

In one email, the American said he had given Ms. Butina a map for how to proceed. “I and your friends in America can’t make it any easier for you than that,” the political operative wrote.

Ms. Butina and Mr. Torshin attended several events hosted by groups affiliated with Republicans, including two National Prayer Breakfasts in 2016 and 2017. In one email, Ms. Butina wrote that Mr. Torshin had suggested that Mr. Putin attend the February 2017 breakfast, at which Mr. Trump spoke.

Though the American operative is not identified, The New York Times has previously reported that Ms. Butina developed a close relationship with Paul Erickson, an N.R.A. member and a longtime conservative activist who was part of the effort to arrange a meeting between Mr. Putin and Mr. Trump. Ms. Butina has publicly described hosting Mr. Erickson at an event in Moscow. Mr. Erickson and his lawyer did not respond to messages seeking comment. He is not identified in court records and has not been charged.

As a preliminary matter, it’s worth noting that this arrest and the charges against Butina are unrelated to the investigation of Special Counsel Robert Mueller into Russian interference in the 2016 election and allegations of collusion and obstruction of justice against the President and people close to his campaign and his Administration. Instead, this appears to be the result of an entirely separate investigation being run by the United States Attorney for the District of Columbia and arises from activity on Butina’s part that precedes the time when President Trump entered the race for the Presidency in June 2015. Many of the allegations, for example, date back to allegations regarding activity that Butina has been engaged in dating back as far as 2013 and include efforts to utilize contacts at the National Rifle Association and the National Prayer Breakfast in an effort to gain influence over Republican officeholders and influence GOP policy on issues of interest to the Russian government. There is, at this point at least, no allegation that Butina was in direct contact with anyone associated with the Trump campaign other than the contacts described above through which she attempted to arrange a meeting between Putin and Trump, perhaps under the cover of the annual convention of the National Rifle Association. In this respect, though, it’s worth noting that all we know so far regarding the charges against Butina comes from the Criminal Complaint that was filed in support of her arrest warrant. The actual Grand Jury indictment, which will no doubt be far longer and more detailed, has not been released, which means that it has not been prepared yet or that it has been prepared but remains under seal and will be released at a later date. At that point, we’ll learn a lot more about the charges against Butina and the nature of the operations she was engaged in.

Notwithstanding the fact that it was apparently unrelated to the allegations at the heart of Robert Mueller’s investigation, it’s worth noting that it does appear to be substantially similar to some of the activities that he has already indicted other Russian officials over. Specifically, back in March, Mueller indicted thirteen Russian individuals and two Russian companies on charges that they utilized social media and other means to attempt to influence political activity inside the United States in what was clearly a campaign designed to sow chaos and discord in American politics. More recently, Mueller’s office issued an indictment against twelve Russian intelligence officials on charges that they engaged in a cyberespionage campaign designed to undermine the campaign of Hillary Clinton and aid the campaign of Donald Trump. The operations Butina is alleged to have been involved in bear marks of both strategies in that it seems clear that she was seeking to develop contacts with the N.R.A. and other right-wing organizations in an effort to influence policy and that these efforts later seem to have transformed themselves into an effort to help the Trump campaign. Additionally, the charges against Butina appear to be related to other charges that Russians may have been utilizing the National Rifle Association as a conduit for donations to the Republican Party and the Trump campaign. That issue remains under investigation, though, and it’s not clear where that investigation may be headed. At the very least, though, this arrest shows that the Russian effort to infiltrate and influence American politics has been far longer lasting, and far more detailed than we knew.

Here is the Criminal Complaint filed against Butina: 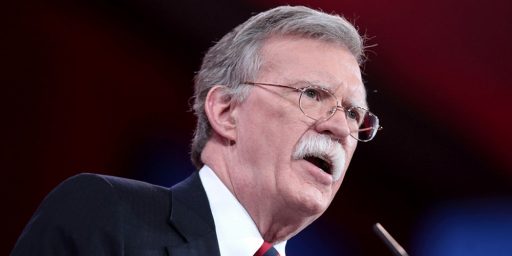