As expected, the Senate easily passed the two-year budget deal early this morning. 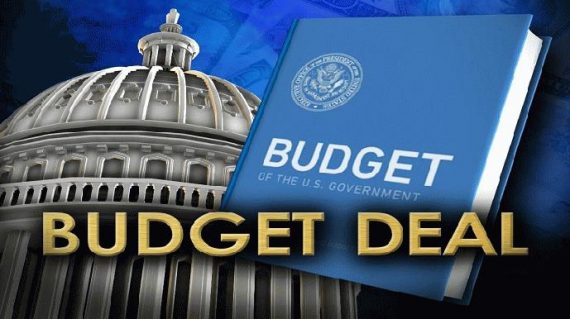 As expected, last night the Senate passed the tw0-year budget deal negotiated during the final days of John Boehner’s tenure and sent it on to the President, notwithstanding what ended up being a rather tepid effort by Rand Paul and Ted Cruz to “filibuster” the bill:

WASHINGTON — The Senate approved a crucial bipartisan budget agreement early on Friday that would avert a government default and stands to end nearly five years of pitched battles between congressional Republicans and the Obama administration over fiscal policy.

The measure, which was approved 64 to 35, now goes to the White House, where President Obama is ready to sign it.

The Senate vote, held in the dead of night, was perhaps a fitting cap to the clashes between Republicans and the White House, which many warned put the United States on the edge of economic calamity and, in 2013, forced a 16-day shutdown of the federal government.

Unlike the 2013 fight, in which Republicans ultimately surrendered and conceded their defeat in trying to force a repeal of Mr. Obama’s health care law, this week’s budget accord was largely a draw.

The deal would increase spending by $80 billion over two years and raise the federal debt ceiling, averting a default that the Treasury had warned would happen early next week. It was approved in the House on Wednesday with the overwhelming support of Democrats but with less than one-third of Republicans backing it.

The measure calls for corresponding budget cuts to avoid increasing the deficit, including reductions in Medicare payments to doctors and other health care providers. It also envisions savings from tighter eligibility requirements and other changes to a Social Security disability program.

Modest in scope, especially in the context of the nearly $4 trillion annual budget, the accord represents a significant breakthrough.

While Congress must still adopt spending bills for the next two years, the bill would substantially reduce the risk of a government shutdown by setting spending targets for two years and allowing Congress to return to its regular appropriations process.

It will also allow the newly installed House speaker, Representative Paul D. Ryan of Wisconsin, a clean start in which he can focus his attention on mending deep divisions among House Republicans.

Senate leaders in each party had expressed support for the measure.

“This agreement isn’t perfect,” the majority leader, Mitch McConnell of Kentucky, said in a floor speech. “I share some concerns other colleagues have raised. But here’s the bottom line: This is a fully offset agreement that rejects tax hikes, secures long-term savings through entitlement reforms and provides increased support for our military — all this at a time when we confront threats in multiple theaters.”

Mr. McConnell added, “I hope senators will join me in voting for it.” Enough did.

But some Republican senators, including two presidential candidates — Rand Paul of Kentucky and Ted Cruz of Texas — were fiercely opposed. The rare overnight votes, beginning with a 1 a.m. procedural measure and ending with final passage shortly after 3 a.m., was a consequence of the bitter disagreement among Republicans.

The critics said that many of the cuts were gimmicks, and that the package over all would add to the nation’s debt.

And they complained that it would breach spending-cap agreements they said were a much-needed step toward responsible cost controls. Democrats have long called for lifting the caps, which they say have put a drag on the economy and blocked needed investments in infrastructure and other programs.

“Ultimately, there was something passed called sequestration, which put caps on both military and domestic spending, and it did slow down the rate of growth of government for a little while,” Mr. Paul said in a speech. “This is the problem with Congress. Congress will occasionally do something in the right direction and then they take one step forward and two steps back.”

Ultimately, Senators Paul and Cruz ended up speaking for just a little over an hour each, which as some observers noted, certainly does not seem to qualify as the “filibuster” that Paul especially seemed to promise during Wednesday night’s Republican debate. To listen to him then, one expected that we would have seen a repeat of his previous efforts to hold the Senate floor over issues like drone policy and the PATRIOT Act where Paul held the floor for up to eleven hours, even though both of those efforts were as futile as a budget filibuster would have been and neither of them really fit the classic definition of a filibuster since they could not have halted debate on the underlying bill.  The same was true in this case. As I noted Wednesday night before the debate, Paul’s filibuster, whatever length it would have been, wasn’t going to do anything to stop the bill from passing, and the same was true of the parallel effort that Ted Cruz announced.  Indeed, both Senators are open to the legitimate criticism that they were using the Senate floor for an essentially pointless exercise that was obviously more about boosting their Presidential campaigns than it was about debating a piece of legislation that they’d already made their minds up about.

Looking at the details of this plan, of course, one finds that it leaves a lot to be desired, as is largely true of any bipartisan piece of legislation. It increases spending in military areas that Republicans favor and other areas that Democrats favor, although it does largely adhere to the budgetary caps that have been in place ever since the deal that resolved the 2011 debt ceiling crisis. Democrats will also object to some of the changes to Medicare spending that the plan contemplates, but it seems fairly clear that most of these changes are necessitated by the fiscal realities that this program faces going forward as well as the fact that, until now, Congress has largely declined to address the problems with that program that everyone agrees will occur in the future if something isn’t done now to address the issues that will arise when the vast majority of the Baby Boomer generation is retired and a much smaller workforce will be asked to support their retirement and health care. In any case, though, while the deal is not perfect it is probably better than anything that could have been accomplished if Congress had continued its “govern by crisis” model, and it’s certainly better than what could have been negotiated during the heat of the Presidential race next year.