If you're running low on cash, keeping it low-key in a state you can't win sometimes make sense. 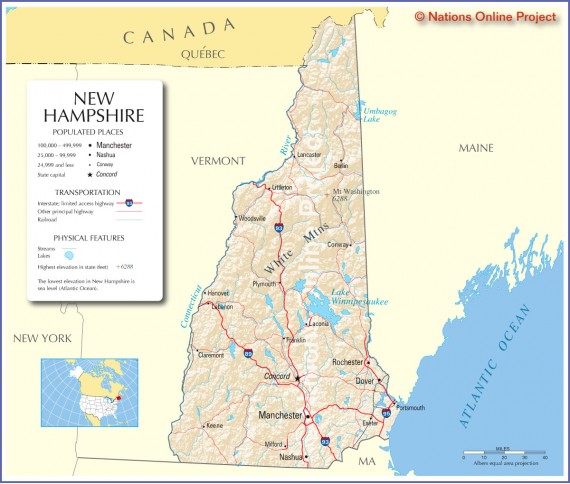 Steven Taylor joins Jonathan Bernstein in criticizing the apparent decision by candidates like Michele Bachmann, Rick Perry, and Rick Santorum to concentrate on the January 21st South Carolina primary after Iowa rather than vigorously contesting the New Hampshire primary that takes place a week from today. I’ve already responded in a comment, but now I find myself with additional thoughts that are probably better addressed in a separate post.

Let’s start out with Bernstein’s argument:

The second thing is that skipping New Hampshire is as much of an implausible strategy as skipping Iowa. Neither make any sense. That doesn’t mean candidates have to go all-in on these early states, but they really do have to compete there.

It depends what you mean by “compete,” I suppose. Perry and Bachmann have both made many campaign visits to New Hampshire over the course of the past year, as has Santorum (though not as many). All three have participated in the debates that have taken place in New Hampshire and, assuming they are still in the race this weekend, they will participate in the two debates that will take place there before the primary next Tuesday. None of them have ignored the state in the way that, say, Jon Huntsman has ignored Iowa, or the way that Rudy Giuliani ignored every early primary state except Florida in 2008. The question is whether it makes sense for any of them, and especially Santorum, who looks likely to get the biggest boost out of Iowa, to do much more than that, especially given that there are only 6 days between Iowa and New Hampshire again this cycle.

With the possible exception of Rick Perry, all three of these candidates are obviously low on resources (we won’t know for sure until the January 15th FEC reporting deadline and none of the candidates have publicized their 4th Quarter fundraising yet). With only a week to campaign in the Granite State, meeting voters is going to mean spending money on travel and staff, and possibly engaging in a media campaign. New Hampshire is a clearly a more expensive media market than Iowa, especially those parts of the state served by Boston media. When you’re low on resources, you have to make choices, and one of those choices is whether to expend a significant amount of resources on a state where the outcome seems all but certain. One quick look at the New Hampshire polls tells us this:

According to RealClearPolitics, Mitt Romney’s lead right now is averaging 22 points, and it’s Ron Paul who’s in second place at 18%. Gingrich remains in double digits, and Huntsman is right behind him. Perry, Bachmann, and Santorum are all in single digits and they are all below 5%, Now, it’s possible that each of these candidates could boost their numbers a bit if they spent some time there this week, especially given the fact that Gingrich is declining, but they aren’t going to catch Romney and they have little chance of catching Paul. Mitt Romney is a favorite son candidate in New Hampshire in the same manner that Bob Dole was in Iowa in 1988 and 1996 (he won Iowa both times even in the face of a populist campaign by Pat Buchanan in 1996). It doesn’t make a whole lot of sense for these marginal candidates to expend much capital in a state that they aren’t going to win.

Of the three candidates we’re discussing, I honestly don’t think any of them will have a real claim to viability after Iowa except Santorum, assuming he does as well as the polls indicate, and South Carolina is a far better match for him than New Hampshire. While his rivals are shaking hands in the New England cold, he can be down in the Low Country meeting voters like he has done for the past year in Iowa.  He won’t be the nominee, but if he wants to try to make a case for his candidacy he would be better advised to mostly ignore New Hampshire and spend the time between January 4 and January 21st in a state where he could actually find voters responsive to his message.

As I noted in my comment to Steven’s post, the only candidates who should be focusing significant attention and resources on New Hampshire after today are Romney because he’s leading, Paul because he has a libertarian constituency there, Gingrich because he was endorsed by the Union -Leader and can’t afford to just ignore the state now, and Huntsman and Roemer who have basically been living in the state. Beyond a bare bones ground operation, if it exists right now, I don’t see the point of wasting precious resources. Obviously, the fact that you even have to think about making decisions like this is a sign of how weak your campaign is, but you have to play the hand your dealt not the one you’d like to have.

Of course, there is another possibility. As we learned from the Democratic race in 2008, much can change in the time between Iowa and New Hampshire, even if it’s less than a week. Rick Santorum, for example, might find himself missing out on a surprising second-place finish if he doesn’t go all-out in New Hampshire. That seems unlikely this time around, though, and when you’re running low on cash to begin with you have to make choices. The fact that a candidate like Santorum chooses to de-emphasize New Hampshire in favor of a more favorable state is not necessarily a bad decision.