The End, At Least For Now, Of The Bush Dynasty

For now at least, the Bush Dynasty has seen the end of its involvement in national politics. 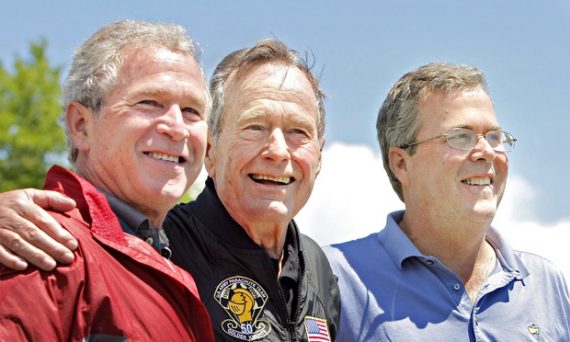 In addition to another victory for Donald Trump, the announcement of the results of the Republican Primary in the South Carolina last night also brought an end to the campaign of the man who just a year ago was seen as a near-prohibitive front-runner, and the end for now of a family political dynasty that has been part of American politics for the past thirty-five years at least:

COLUMBIA, S.C. — Jeb Bush dropped out of the presidential race on Saturday, ending a quest for the White House that started with a war chest of $100 million, a famous name and a promise of political civility but concluded with a humbling recognition: In 2016, none of it mattered.

No single candidacy this year fell so short of its original expectations. It began with an aura of inevitability that masked deep problems, from Mr. Bush himself, a clunky candidate in a field of gifted performers, to the rightward drift of the Republican Party since Mr. Bush’s time as a consensus conservative in Florida.

“I’m proud of the campaign that we’ve run to unify our country,” Mr. Bush said, his eyes moist, in an emotional speech here Saturday night after his third straight disappointing finish in the early voting states. “The people of Iowa and New Hampshire and South Carolina have spoken, and I really respect their decision.”

Mr. Bush’s campaign had rested on a set of assumptions that, one by one, turned out to be flatly incorrect: that the Republican primaries would turn on a record of accomplishment in government; that Mr. Bush’s cerebral and reserved style would be an asset; and that a country wary of dynasties would evaluate this member of the Bush family on his own merits.

Mr. Bush, 63, the former two-term governor of Florida, failed to inspire Republican primary voters whose mood and needs had changed dramatically since he left government in 2007. In what turned out to be the year of the unconventional outsider, he conducted his campaign as the conventional insider.

Last summer, as Donald J. Trump prepared to declare his candidacy with an incendiary and improvised speech in New York City about the criminal records of immigrants from Mexico, Mr. Bush was in Eastern Europe, meeting with heads of state and delivering calibrated remarks about American diplomacy.

And as he stood on debate stages next to the likes of Mr. Trump and Senator Ted Cruz of Texas, Mr. Bush never seemed to convincingly play the fighter figure.

After promising to conduct a “joyful” campaign, Mr. Bush instead found himself locked in an ugly and dejected slog, under gleeful attack from his rivals and heightened scrutiny from the political world he had thought was rooting for him.

In a painful twist of the knife, Mr. Bush was overtaken by his former political protégé, Senator Marco Rubio, whose career he had nurtured in Florida.

But by far his biggest liability, aides and advisers concede, was a pedigree he could do nothing to erase or dilute: He was a Bush through and through, at a time when voters sneered at the political and economic establishment that his family name embodied.

Maria Losito, 65, and her husband, Frank Losito, 65, retirees in Palm City, Fla., said they could not quite bring themselves to support Mr. Bush. “The father was president, the brother was president,” said Ms. Losito. “How do I trust him that he’s going to change things that his father and brother didn’t?”

As I noted late last week, the truth about Jeb Bush the politician and Governor is that he was in many ways more conservative than either his father or brother, especially in areas since as fiscal policy and budgeting where both men have been more frequently criticized by conservatives for their respective records as President. Notwithstanding that fact, Bush’s support for ideas such as Common Core and his open advocacy in favor of immigration reform even as the party’s base turned vehemently against the idea seemed to doom his campaign almost from the start. Because of his last name, though, it was next to impossible for Bush to run away from the legacy that having the last name “Bush” handed to him whether he wanted it or not, and the fact that he was arguably more of a cerebral campaigner than a fighter on the campaign trail ended up working against him in an era when voters clearly seem to want a street fighter. When Donald Trump slapped the “low energy” label on him and Bush did little to nothing to respond to it, or to comments that Trump had made about Bush’s wife, it only reinforced the preconceptions that many Republicans seemed to have about him Finally, while Bush may have been the perfect Republican candidate in 2008 or 2012, and on paper was clearly the most qualified Presidential candidate in the race, it’s clear that the Republican Party has changed significantly in recent years and that primary voters were not interested in buying what Jeb Bush was selling not matter how much money he spent trying to convince them otherwise.

Harry Enten argues in a piece at FiveThirtyEight that defies excerpting in a fair manner that Bush’s downfall began at roughly the same time that his campaign started a year ago, and makes a plausible case for the argument that Bush never really had a chance from the start. The first issue that Bush faced is that, somewhat surprisingly, he did not receive the full-throated support of party elites that one might have expected. Unlike his brother in 2000, and even Mitt Romney in 2012, Bush did not receive the same huge surge of insider support that helped both of them go from presumptive frontrunner to inevitable nominee. Why this was the case isn’t clear, but the fact that it didn’t happen meant that Bush arguably didn’t have the resources to fight back against Trump or to make up for disappointing poll numbers. Second, Enten suggests that John Kasich as actually played the ‘establishment candidate’ card better than Bush did throughout the campaign. The fact that Kasich has arguably done better than Bush in terms of results makes that hard to argue with, but I think the real point about Kasich and his success is that Kasich has proven himself to be a better campaigner on the stump than Bush was, and this has helped him in both South Carolina and New Hampshire. Additionally, Enten notes, and as I argue above, it just seemed clear that Bush could not connect with voters in the way that previous voters did, or in the way that his father and brother did. The fact that it is candidates like Trump, Cruz, and Rubio who are succeeding among Republicans right now argues strongly that voters are looking for something new and the Bush dynasty obviously doesn’t represent anything new. Finally, of course, there’s Donald Trump, who clearly changed the nature of the Republican campaign and set the Bush campaign back on its heals in a way that it never really recovered from. Add all of this together, Enten argues, and the reasons for Bush’s failure to connect become apparent.

Jazz Shaw, meanwhile, reaches further back to try to explain what went wrong, pointing to his encounters with Republicans as far back as early 2014 when the Presidential race was still very much on the back burner:

Nobody was talking about Trump at that time, but the vibe surrounding Bush was already negative. People were sneering at his support of Common Core and immigration reform, as well as his general coziness with a Republican establishment which was increasingly unpopular with the conservative base.

If you ask me, the writing was on the wall even then. And even if Trump hadn’t ridden down his golden escalator and jumped into the battle, it seems as if somebody would have emerged to fill that role.

Jazz’s observations mirror my own recollections regarding the 2016 “buzz” that was going on in 2014 and even earlier. It wasn’t clearly who would have ultimately filled the role, but it was clear since long before the 2016 race started that Republican voters were looking for someone who would be a fighter, and Bush wasn’t the one who was going to fill that role. Additionally, even though there remains much good will regarding George H.W. Bush and George W. Bush inside the Republican Party, there has never seemed to me to be much desire for a third Bush Presidency inside of thirty years. Combine that with the fact that the nature of the Republican Party had changed significantly since both Bush 41 and Bush 43 had one their respective nominations, and the odds against there being a Bush 45 were probably always larger than many people realized at the time. The fact that Jeb’s campaign only seemed to confirm all the negative stereotypes about the Bush clan just made the outcome even more inevitable,

One real consequence of the failure of Jeb Bush’s candidacy, of course, is that it likely marks the end for now of the Bush family’s seeming dominance of Republican politics for the time being. For thirty-five years, the only winning Republican Presidential tickets have been those that have had a Bush on it as either the Presidential or Vice-Presidential nominee. Jeb Bush is unlikely to make another bid for the White House, and even less likely to be anyone’s Vice-Presidential running mate, and there isn’t anyone else in the immediate generation of Bush’s who is likely to enter national politics in the near future, so that streak will have to be broken at some point. There is another Bush in politics, of course, since Jeb’s eldest child George P. Bush was elected Texas Land Commissioner in 2014, but he’s at the beginning of his political career at this point and may or may not seek higher office in the future. For now, a political dynasty that began with Senator Prescott Bush from Connecticut and continued via a son who became Congressman, U.S. Ambassador to China and the United Nations, CIA Director, Vice-President, and President and a Grandson who became Governor and President of the United States has come to an end, and the fact that it did so in such an disappointing and surprising manner may be the biggest news of all. 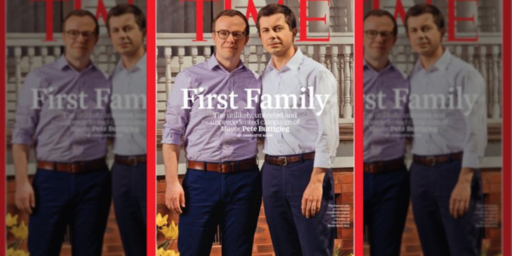 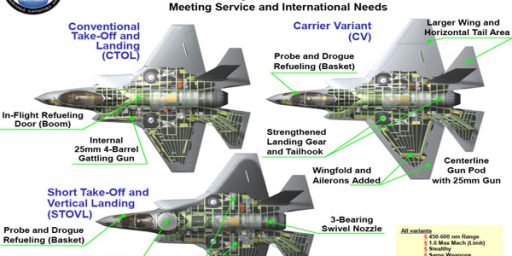