After placing limits on the scope of the F.B.I.'s reopened background investigation of Judge Brett Kavanaugh, the White House has relented and is allowing a more open-ended investigation. 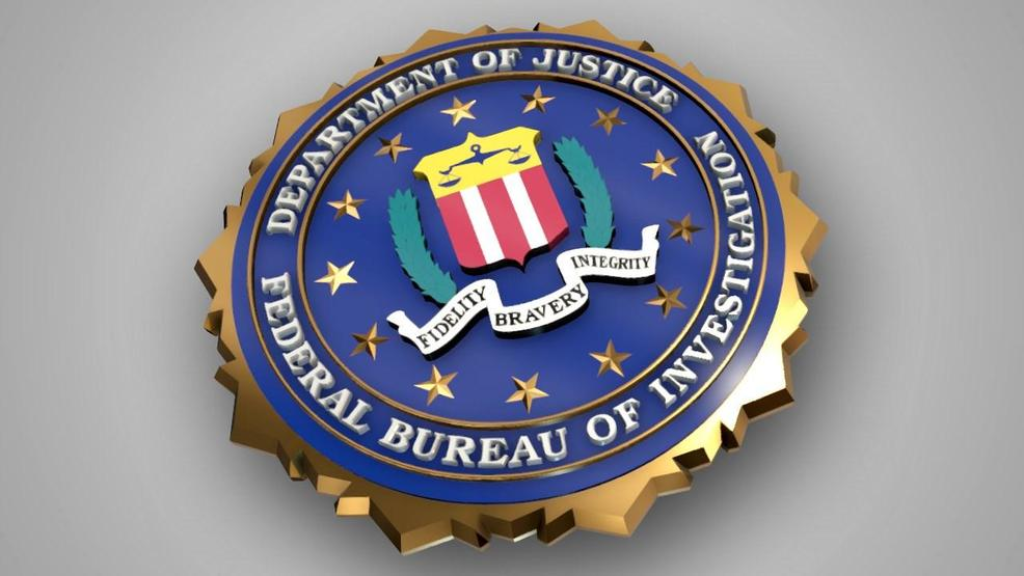 As of yesterday morning, it was unclear just how extensive the background check for Judge Brett Kavanaugh that was reopened in the wake of last week’s hearing before the Senate Judiciary Committee was actually going to be. When the Senate Judiciary Committee voted the nomination out of Committee Friday afternoon, it appeared that the F.B.I. would be investigating any and all of the matters that had been brought to the attention of the committee. This included not just allegations made by Dr. Christine Blasey Ford but also Debbie Ramirez, who had come forward alleging that Kavanaugh sexually assaulted her during a drunken rampage at Yale, and Julie Swetnick, who alleged she was at parties Suburban Maryland in the early 1980’s where she saw Mark Judge and Kavanaugh participate in what she described as “gang rapes.” As the weekend went on though, it became apparent that the White House had placed significant restrictions on the scope of the Bureau’s investigation, with some reports indicating that agents were only allowed to talk to three or four people and would not be allowed to chase down any relevant leads without White House approval. This led Senate Democrats, and some Republicans such as Jeff Flake and Lisa Murkowski, who were key to the Friday agreement that led to a delay in the Senate vote on the nomination to warn that anything short of a complete investigation could put the fate at the nomination at risk. Maine Senator Susan Collins said essentially the same thing,  Because of this, by the end of the day the White House had issued new instructions to the Bureau that effectively allows for an open-ended investigation provided is completed by the end of the week:

WASHINGTON — The White House authorized the F.B.I. to expand its abbreviated investigation into sexual misconduct allegations against Judge Brett M. Kavanaugh by interviewing anyone it deems necessary as long as the review is finished by the end of the week, according to two people briefed on the matter.

At an event on Monday celebrating a new trade deal with Canada and Mexico, President Trump said he instructed his White House counsel, Donald F. McGahn II, over the weekend to instruct the F.B.I. to carry out an open investigation, but the president included the caveat that the inquiry should accommodate the desires of Senate Republicans.

The new directive came after a backlash from Democrats, who criticized the White House for limiting the scope of the bureau’s investigation into Judge Kavanaugh, Mr. Trump’s nominee for the Supreme Court. The F.B.I. has already interviewed the four witnesses it was originally asked to question, and on Monday it reached out to others.

The broadening inquiry produced an unusual spectacle as friends and classmates from Judge Kavanaugh’s past provided dueling portraits of the nominee in his younger days — either a good-natured student incapable of the alleged behavior or a stumbling drunk who could easily have blacked out and forgotten inappropriate behavior at alcohol-soaked parties.

How far the F.B.I. will now delve into these questions beyond the original high school-era sexual assault allegation lodged by Christine Blasey Ford remained unclear. Senate Democrats sent the bureau a list of two dozen witnesses they insisted must be interviewed for an inquiry to be credible. Another accuser, Deborah Ramirez, has given the bureau the names of more than 20 people she said witnessed Judge Kavanaugh exposing himself to her during a college party or heard about it at the time or later, according to someone involved in the investigation.

Mr. Trump said on Monday that he wanted a “comprehensive” F.B.I. investigation and had no problem if the bureau wanted to question Judge Kavanaugh or even a third accuser, Julie Swetnick, who was left off the initial witness list, if she seemed credible. His only concerns he said, were that the investigation be wrapped up quickly and that it take direction from the Senate Republicans who will determine whether Judge Kavanaugh is confirmed.

“The F.B.I. should interview anybody that they want within reason, but you have to say within reason,” Mr. Trump told reporters in the Rose Garden. “But they should also be guided, and I’m being guided, by what the senators are looking for.”

Senate Republican leaders made clear that they did not expect the investigation to prevent them from confirming Judge Kavanaugh. Senator Mitch McConnell, Republican of Kentucky and the majority leader, said the Senate would take a procedural vote by the end of the week so it could move quickly to final confirmation by the weekend or early next week.

Chastising Democrats on the Senate floor, Mr. McConnell said that he would “bet almost anything” that they would be unsatisfied with the scope of the investigation regardless of how far it went. Reading through a selected summary of Democrats’ comments about the matter, he said, “Do these actions suggest this has ever been about finding the truth?”

Senator Chuck Schumer of New York, the Democratic leader, said that the White House should make public what it has told the F.B.I. and emphasize that it was not “the partisan Republican Senate staff that is directing this investigation.” In an interview, Mr. Schumer added, “You can do a full investigation in the seven-day requirement, and that’s what senators on both sides of the aisle expect.”

The revised White House instructions amounted to a risky bet that the F.B.I. will not find anything new in the next four days that could change the public view of the allegations. Republicans have resisted an open-ended investigation that could head in unpredictable directions, and the limited time frame could make it harder for the F.B.I. to resolve the conflicting accounts.

Given the political pressure that mounted throughout the day yesterday, it’s not entirely surprising that the White House relented on this issue. As I said, at the end of the day on Friday the terms of the agreement that had been reached between Senate Majority Leader McConnell and the group of Senators led by Jeff Flake seemed clear. Basically, that agreement was that the floor vote would be delayed for a week while the Bureau reopened the background investigation to look into the allegations that had been put before the Senate. This included not just the Ford allegations but also those from Ramirez and Swetnick. It also seemed to at least implicitly include any leads that could come up during the course of the investigation that could shed light on any of these allegations. When it was revealed that the White House had effectively handcuffed the Bureau in its investigation by limiting who it could talk to, it was clear that the agreement was not being lived up to and that this could imperil the nomination by causing Senators such as Flake, Murkowski, and Collins to continue to withhold their support, a move that would effectively doom the nomination there was really only one choice left and that was to remove the restrictions on the investigation.

In any event, the process is basically on hold for the rest of the week pending the conclusion of the Bureau’s investigation and its submission of an updated report to the White House and the Senate. As it stands, though, it’s already clear that there’s basically no possibility that whatever is in the reports is going to stop the Senate GOP from moving forward with it vote on the floor. Yesterday, Senate Majority Leader Mitch McConnell said as much in his speech on the floor and President Trump remains confident in his public comments that Kavanaugh will ultimately be confirmed, thus providing more evidence for my contention that Republicans don’t really care whether the allegations against Judge Kavanaugh are true. All of this depends, though, on what the FBI investigation reveals and whether it satisfies Senators such as Flake, Murkowski, Collins, Manchin, and Heitkamp. If the results are unsatisfactory, or if the Bureau tells the Senate and the White House that it needs more time to chase down leads in the newly expanded investigation, then we could find ourselves in the same position we were early on Friday afternoon and Republicans may be faced with the choice of either pushing ahead with a vote they could lose or give the Bureau more time to complete its investigation.