New Jersey Senator Bob Menendez is running for a third term under a dark ethical cloud. That probably won't matter. 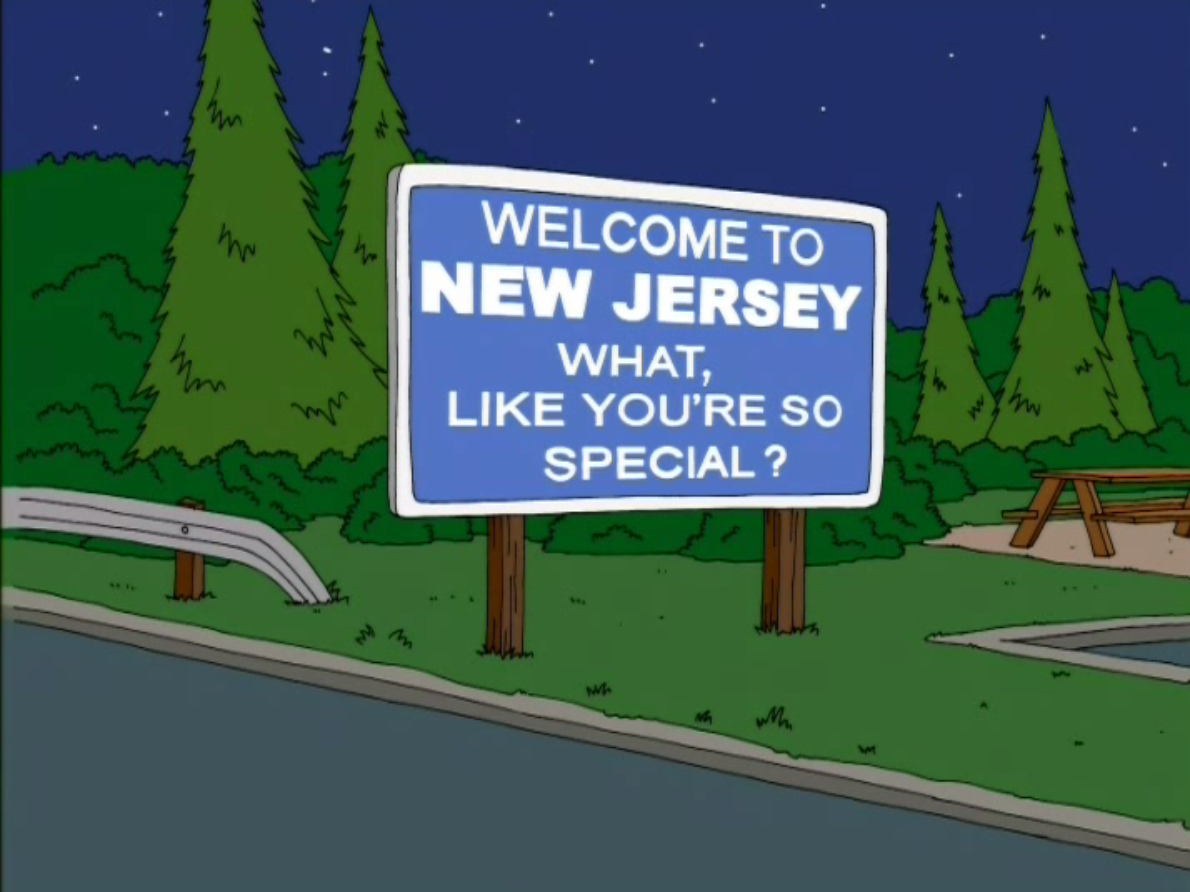 Ordinarily, New Jersey Senator Bob Menendez would be considered a shoe-in for re-election to a third term this November. He’s a Democrat in a state that has gone for the Democratic candidate for President in every election for the past 26 years and which, notwithstanding the fact that it has had three Republican Governors who were elected to two terms in office over the past thirty-seven years, is generally considered to be a solidly blue state. Additionally, Menendez’s Republican opponent, pharmaceutical company executive Bob Hugin, may be independently wealthy and thus able to spend his own money to counter the Senator’s built-in advantage in the Garden State, is still a relative unknown who largely ended up as the party nominee because none of the top Republicans in the state legislature wanted to stick their necks out in a race that would probably end up being a quixotic venture. Finally, this race is taking place in a midterm election year that is expected to be very good for Democrats nationwide, so the odds seem stacked in Menendez’s favor.

At the same time, though, this is no ordinary midterm election year in New Jersey and Bob Menendez is, well, Bob Menendez with all the baggage that brings with it. Three years ago, the Senator was indicted on a host of corruption charges related to his personal and business relationship with a longtime friend who gave him access to private planes and other luxuries throughout his time in the Senate and enjoyed unusually close access to the Senator. After more than a year and a half of pretrial proceedings during which Menendez sought, mostly unsuccessfully, to get the charges dismissed before trial, the Senator went on trial for most of the original charges only to see his case end in a mistrial. While the Justice Department ultimately decided not to proceed with a second trial, Menendez was still admonished by the Senate Ethics Committee earlier this year. All of that led many to wonder if the Senator would face trouble winning his party’s nomination, Menendez walked away victorious although he clearly got a slap on the wrist from his fellow Democrats given the fact that a relatively unknown candidate who operated a shoe-string campaign ended up getting one-third of the vote in a primary that Menendez should have won in a walk away as he did in 2006 and in 2012, when he ran in the primary without any opposition whatsoever.

This leads George Will to wonder if this could be the year that Republicans finally see a breakthrough in the Garden State:

Robert Hugin, 63, grew up in blue-collar Union City, as did Menendez, with whom Hugin served as student representatives to the local board of education. Hugin became the first in his family to graduate from college (Princeton University ), served 14 years in the Marine Corps (his two sons are now officers), then went into business, rising to run a pharmaceutical company. This sin, although scarlet in the overheated public mind, might be less so than Menendez’s transgressions detailed in the letter.

With hilarious understatement, James Madison, who was not known for hilarity, said, “Enlightened statesmen will not always be at the helm.” A unanimous Senate ethics committee (three Republicans, three Democrats) in its April 26 letter to Menendez said: “By this letter, you are hereby severely admonished.” Menendez, the letter said, brought “discredit upon the Senate” by the following:

“Over a six-year period,” Menendez “knowingly and repeatedly accepted gifts of significant value” from a friend (an ophthalmologist who, the letter did not say, is currently appealing a 17-year sentence for $73 million of fraudulent Medicare billings). The gifts included air travel on private and commercial flights, a luxury hotel stay in Paris (the committee’s letter is demurely silent about Menendez’s accompanying girlfriend) and 19 visits to a Dominican Republic villa. He neither publicly reported, nor received written permission for, these gifts. In addition, the committee said, Menendez improperly intervened with federal agencies with “persistent advocacy” for his friend’s business interests.

New Jersey Democrats — they outnumber Republicans by nearly 900,000 — powered Menendez to a 19-point victory six years ago. In last month’s primary, however, his opponent won 37.8 percentof the vote while spending next to nothing — not enough to require filing any financial statement. In October he was underwater, 19 percent to 59 percent, in a poll about whether he deserves reelection. Today, polls show Menendez with small single-digit leads, but Hugin’s brass-knuckle ads are saying things such as this: “[President Barack] Obama’s Justice Department said [Menendez] belongs in jail.” The department brought a 14-count felony corruption indictment, which resulted in a nearly three-month trial that did not convict Menendez. The government then decided against a new prosecution.

Most New Jersey voters get their news from New York and Philadelphia television stations that pay minimal attention to the state, and many New Jersey newspapers, experiencing resource constraints common to the industry everywhere, have reduced power to broadly inform. So, Hugin must pay for the dissemination of information about Menendez’s many departures from Senate standards.

This election will test whether voters think that being a luridly indiscreet (this is a discreet way of describing Menendez’s behavior) senator is less objectionable than Hugin’s guilt of association with the pharmaceutical industry whose products help to give millions of people sufficient longevity and vitality to nurse grievances against the products’ prices.

As Will notes, Hugin has been on the airwaves early, running a series of ads emphasizing Menendez’s ethical problems repeatedly in both the New York and Philadelphia media markets:

Hugin has also put out an ad emphasizing the fact that he is what he’s called “a different kind” of Republican, emphasizing his support for abortion rights, marriage equality, and equal pay for equal work, in an effort to differentiate himself from the national party:

These are all well-done ads, and Hugin appears to be committed to investing as much as is necessary to overcome what would otherwise be a huge advantage for the incumbent Democratic Senator. Additionally, in almost any other state Menendez’s checkered past would be a serious problem for him to overcome even taking into account the fact that he’s been in the Senate for twelve years now. In New Jersey, though, it’s clearly not going to be easy for Hugin to make a case against Menendez notwithstanding his rather obvious flaws, ethical problems, and the fact that he was credibly accused of committing serious crimes while in office.

As I noted above,  New Jersey is a solidly Democratic state that has not elected a Republican to the Senate since Clifford Case ran for re-election in 1972. Since then, the only Republicans to serve in the Senate from the Garden State have been Nicholas Brady and Jeffrey Chiesa, both of whom were appointed by Republican Governors to fill in after the death or resignation of a Democratic Senator. Additionally, Republicans have not won the state in a Presidential election since George H.W. Bush’s victory in 1988 and in 2016 Hillary Clinton beat Donald Trump by nearly 550,000 votes. It is true that three have been three Republicans elected Governor in the past thirty-six years and that Republicans have managed to capture control of one or both chambers of the state legislature at various points during this same period, but these appear to be the exceptions that prove the rule, namely that New Jersey is a blue state and the odds are stacked against any Republican seeking to win statewide.

So far, polling of the race between Menendez and Hugin has been relatively sparse, but what we have seen has been largely in Menendez’s favor. The most recent RealClearPolitics polling average, for example, gives the incumbent Senator a nine-point advantage, although it’s worth noting that the most recent poll, from Republican-leaning Gravis Marketing, only gives Menendez a two-point advantage over his opponent and shows a larger than one might expect number of undecided voters. Additionally, rating agencies such as The Cook Political Report, Larry Sabato’s Crystal Ball, and Fox News, all list the race as being a likely Democratic win while Stuart Rothenberg’s Inside Elections and CNN both rate it as solidly Democratic.

Like me, Jazz Shaw is skeptical of Hugin’s chances:

Color me skeptical. I’d like to think that Will is correct and this race might fall Hugin’s way, but in the political climate of 2018, I would be completely floored if New Jersey elected their first Republican Senator since the early 70s. All politics used to be local, but in the case of close Senate races this year, all politics revolves around the national collective. And if Menendez somehow carves a laterigrade trail to another six years in office, that fact will be more clear in Jersey than any other state.

That last point is the most important one, of course. The midterm elections are largely going to be a referendum on Donald Trump and in New Jersey Trump is going to lose that referendum. No matter how much Hugin tries to differentiate himself from the President and the national Republican Party, they are both going to be albatrosses around his neck that will make an already difficult race even more difficult. No matter how questionable Menendez is, how attractive a candidate Hugin is, or how much money he’s willing to spend, that’s going to make things next to impossible for Hugin to win. All of this suggests that, notwithstanding his obvious flaws, Menendez likely stands likely to be re-elected in the fall, which quite honestly does not reflect well on the New Jersey electorate.