The fight for marriage equality takes another step forward. 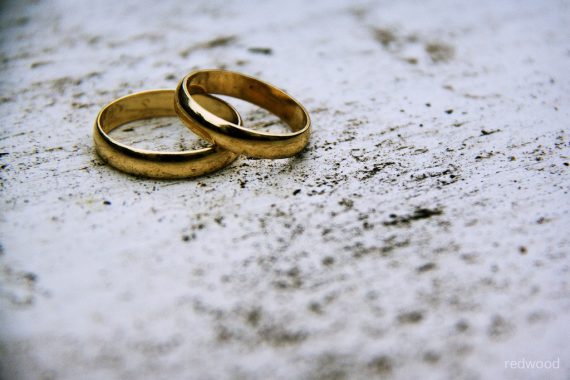 In the wake of the Supreme Court’s ruling in United States v. Windsor, we’ve seen substantial movement in the fight for marriage equality. In addition to legislative victories in Illinois and Hawaii, there have also been signs that Colorado and Oregon may be on the verge of moving forward on the issue either legislatively or via referendum. Some of the biggest moves, however, have been in the Courts where the Supreme Court’s decision has served as impetus for numerous legal challenges around the country and, in several cases, quick successes. In New Jersey, of course, there was a lawsuit filed in state court seeking a ruling that the state law permitting civil unions, and only civil unions, for gay and lesbian couples was insufficient under New Jersey law in light of the fact that the Windsor  ruling due to the fact that marriages are entitled to Federal benefits and civil unions are not. A state trial court judge agreed, as did the State Supreme Court, and the Garden State quickly joined the list of states recognizing same-sex marriage. Along similar lines, the Supreme Court of New Mexico ruled that same-sex marriage must be recognized under that state’s laws.

At the same time, the post-Windsor period has seen lawsuits filed against laws banning same-sex marriages around the country, including in deep-red states in the south where legislative victories are unlikely any time in the near future. Already, we’ve seen some victories in unlikely places. In December, for example, a Federal District Court Judge in Utah declared that state’s ban on same-sex marriage unconstitutional and, until the Supreme Court issued a stay on his ruling shortly after the New Year, hundreds of Utah couples were able to get married. Several days later, another Federal Judge in Ohio ruled that the state must recognize out-of-state same-sex marriages, at least for the purposes of noting the marital status of an Ohio resident on a death certificate. Last month, a Federal Judge in Oklahoma held that state’s marriage ban unconstitutional and the new Attorney General of Virginia announced that his office would no longer defend the constitutionality of the Marshall-Newman Amendment, the Constitutional Amendment that Virginia voters passed in 2006 banning same-sex marriage. The law is still being defended by attorneys working on behalf of the state legislature and at least one county’s Clerk of Court, but hearings that were held in the challenge to that law last week in Norfolk seem to indicate strongly that the Judge hearing the matter is likely to strike the law down.

The biggest news of 2014, though, may be from Nevada, where the state’s Democratic Attorney General, joined by its Republican Governor Brian Sandoval, both announced that the state would be withdrawing its defense of the state’s ban on same-sex marriage:

CARSON CITY, Nev. — Nevada’s attorney general and governor said Monday that they will not defend the state’s gay marriage ban when it goes before a federal appeals court, saying that a recent court decision makes the state’s arguments supporting its constitutional amendment “no longer defensible.”

Attorney General Catherine Cortez Masto, a Democrat, in a motion filed with the Court of Appeals for the Ninth Circuit, said Nevada’s legal arguments defending the ban voters approved in 2002 are not viable after the court’s recent ruling that potential jurors cannot be removed during jury selection solely because of sexual orientation. “The state has determined that its arguments grounded upon equal protection and due process are no longer sustainable,” she said.

“It has become clear that this case is no longer defensible in court,” Mr. Sandoval said in an email to The Associated Press.

Lyle Denniston explains the legal consequences of this decision:

That request came at about the same time that the same-sex couples challenging the Nevada ban asked the Ninth Circuit to set an early date for a hearing as the case continues in that court.  The state’s withdrawal leaves only the original proponents of Nevada’s voter-approved ban to carry on a defense.

The Nevada case in the Ninth Circuit is one of the furthest along among cases unfolding in federal appeals courts in the wake of the Supreme Court’s decision last June in United States v. Windsor striking down a part of the federal Defense of Marriage Act that denied federal marital benefits to same-sex couples who are legally married.  Although the Court’s ruling did not settle whether states could constitutionally ban gay and lesbian marriages, a lengthening string of lower court rulings has interpreted the decision at least to seriously  imperil the validity of such bans, if not to doom them outright.

Nevada officials cited that recent trend on Monday, telling the Ninth Circuit that the Windsordecision “signifies that discrimination against same-sex couples is unconstitutional,” and thus the arguments that the state had made previously in support of its ban “cannot withstand legal scrutiny.”

A federal judge in Reno had upheld Nevada’s “Question 2,” the ban approved by voters twelve years ago, and eight same-sex couples have appealed that decision to the Ninth Circuit.  In asking the Ninth Circuit to expedite the schedule for a hearing on their appeal, the couples said that all briefing will be completed on February 24, so oral argument should be set as soon as possible after that date.  Their motion noted that none of the others involved in the case oppose the request.

The Nevada ban will get a continuing defense in the Ninth Circuit by the Coalition for the Protection of Marriage, the sponsors of the ballot measure against same-sex marriage.  Under a provision of federal rules for appeals, a case can continue to a decision even if the state involved drops out as a defender, leaving only a private party to support the state measure.

The Ninth Circuit, of course, is the same court that joined a Federal District Court Judge from San Francisco in striking down California’s Proposition 8, and while that isn’t necessarily a good predictor of how they Court will treat Utah’s ban, it seems like a hopeful sign for supporters of marriage equality and, of course, yet another case that the Supreme Court will ultimately have to deal with, perhaps as soon as the term that begins in October 2014.