According to a new Gallup poll, President Obama is not only less popular than George W. Bush, but the only president from the last half century less popular is Dick Nixon. 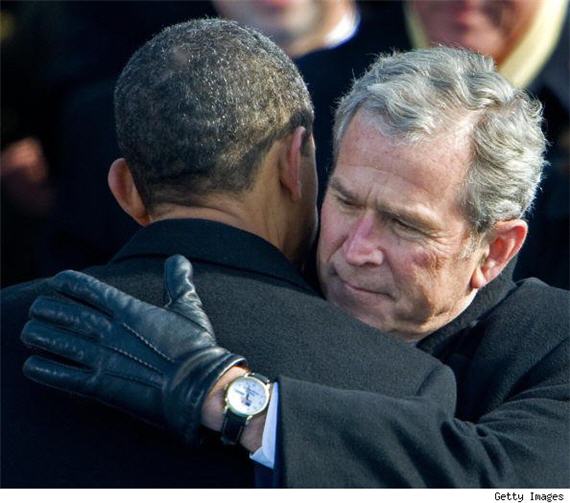 According to a new Gallup poll, President Obama is not only less popular than George W. Bush, but the only president from the last half century less popular is Dick Nixon.

Obama’s not actually on the list, but Jim Geraghty notes that his current approval is at 45 percent.  That’s actually the average for the past seven days; his current day total is 48 percent.

Regardless, while amusing, comparing the approval of sitting presidents with that of past presidents is rather silly.  Aside from Nixon, whose public ratings are actually much lower than those by professional historians, past presidents are recalled not just from their tenure in office but post-office activities, recent books and movies, and all manner of ephemera not connected to their performance.

This chart, also from Gallup, shows what I mean:

John Kennedy has become radically more popular in death than he ever was as president.  But he’s a special case:  a handsome, charismatic fellow who was martyred in office.

On the flip side, Lyndon Johnson and Richard Nixon were both essentially forced from office.  Johnson was crippled by Vietnam and chose not to run for a second term rather than be crushed in the primaries.  Nixon, of course, had Watergate and resigned rather than face the humiliation of impeachment and removal.

Ronald Reagan was well liked, if polarizing.  He took a brief hit after the Iran-Contra scandal but had rebounded nicely by the time he left office.  But he’s been virtually sanctified since, as not only the mythological hero of Republicans but the kind of GOP leaders Democrats pine for.

Bill Clinton hasn’t been out of office long enough for all the angst over the Lewinski scandal and other unpleasantness to go way.  Still, his post-office philanthropy has him as popular as ever.

George H.W. Bush has also benefited from philanthropy.  My guess is his numbers would be higher if he didn’t share three of four names with his less popular son.

Jimmy Carter was arguably the worst president of my lifetime.  But he became “our greatest living ex-president” through the Carter Center and Habitat for Humanity.  His image has been somewhat tarnished in recent years by anti-Israel sentiments and getting mired in the strum aund drang of the second Bush presidency, taking him out of the elder statesman role a bit.  Still, a majority look upon him favorably.

George W. Bush left office in tatters, having virtually no supporters left aside from the bitter enders.  But he’s still got the charms that got him twice elected to the White House.  So, he’s already rebounded into respectability and should be into the 50s soon.

Barack Obama, by contrast, is still governing on a daily basis.  And the economy is a giant mess.   So much so that he could be the rare president denied a second term.  Republicans despite him and, increasingly, Democrats are disgusted with his weakness. But despite that, he’s hovering just below 50 percent approval.

Absent scandal — and he doesn’t seem the type — he’s likely to quickly climb the charts of living ex-presidents.  He’ll be young enough to do good works and he remains charismatic enough to win people over.