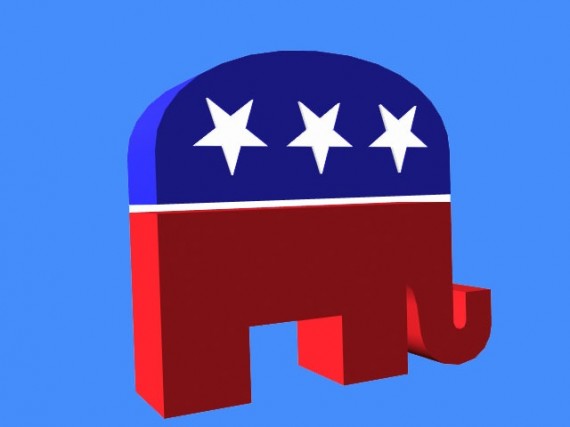 In a rather lengthy interview with Andrew Ferguson in The Weekly Standard, Indiana Governor Mitch Daniels, who has been mentioned as a dark horse contender for the 2012 Republican nomination, suggested that Republicans put aside their disagreements over social issues and concentrate on the fiscal issues that are at the core of current economic problems:

Daniels expanded on that statement in a later interview:

This morning, at the Heritage Foundation, I asked Daniels if that meant the next president shouldn’t push issues like stopping taxpayer funding of abortion in Obamacare or reinstating the Mexico City Policy banning federal funds to overseas groups that perform abortions. Daniels replied that we face a “genuine national emergency” regarding the budget and that “maybe these things could be set aside for a while. But this doesn’t mean anybody abandons their position at all. Everybody just stands down for a little while, while we try to save the republic.”

Perhaps understandably, Daniels’ comments have not been well-received among social conservatives. Anti-abortion groups jumped on his refusal to equivocally state that he would reinstate the Mexico City Policy, which barred groups receiving U.S. foreign aid from either performing or discussing abortions with patients in foreign countries, and Mike Huckabee, the potential 2012 candidate most closely tied to social conservatives, panned Daniels statement:

In a statement provided to POLITICO, the former Arkansas governor and 2008 presidential candidate scolded Daniels for looking at social issues as “bargaining chips” and “political.”

“The issue of life and traditional marriage are not bargaining chips nor are they political issues. They are moral issues,” Huckabee said in response to Daniels, the governor of Indiana. “I didn’t get involved in politics just to lower taxes and deficit spending, though I believe in both and have done it as a governor. But I want to stay true to the basic premises of our civilization.”

“For those of us who have labored long and hard in the fight to educate the Democrats, voters, the media and even some Republicans on the importance of strong families, traditional marriage and life to our society, this is absolutely heartbreaking. And that one of our Republican ‘leaders’ would suggest this truce, even more so,” said Huckabee, a social conservative who is weighing another presidential run.

I suppose this reaction was to be expected. After all, the wedge issues of abortion and gay marriage have proven very successful, and profitable for politicians like Huckabee in the past. It would be difficult to convince them to

Daniels statement, which I take to be heartfelt rather than some form of political gamesmanship, is one that makes absolute sense to me (of course, I am not a social conservative in any sense of the phrase). In fact, the truth of his statement can be seen in the Tea Party Movement and the successes that Republicans have enjoyed in the elections since the disastrous results of November 2008. In all of those elections, it was economic issues, and dissatisfaction with the economic policies of the Obama Administration that formed the core of the Republican message. Social issues, if they were mentioned at all, were mentioned in passing and certainly were nowhere near the top of the list of things that voters were concerned about. If the GOP succeeds in 2010, or in 2012, it will be because of the party’s adherence to an economic message, not because of it’s position on issues like abortion or gay marriage where there clearly isn’t any public agreement.

If Daniels does intend to run in 2012, it would be a welcome candidacy only if it means that he would provide an alternative to people like Mike Huckabee who wear their social conservatism on their sleeve, and don’t seem to understand that fixing a broken economy is far more important than promoting their religion.