Trump Set To Expand His Trade War With China 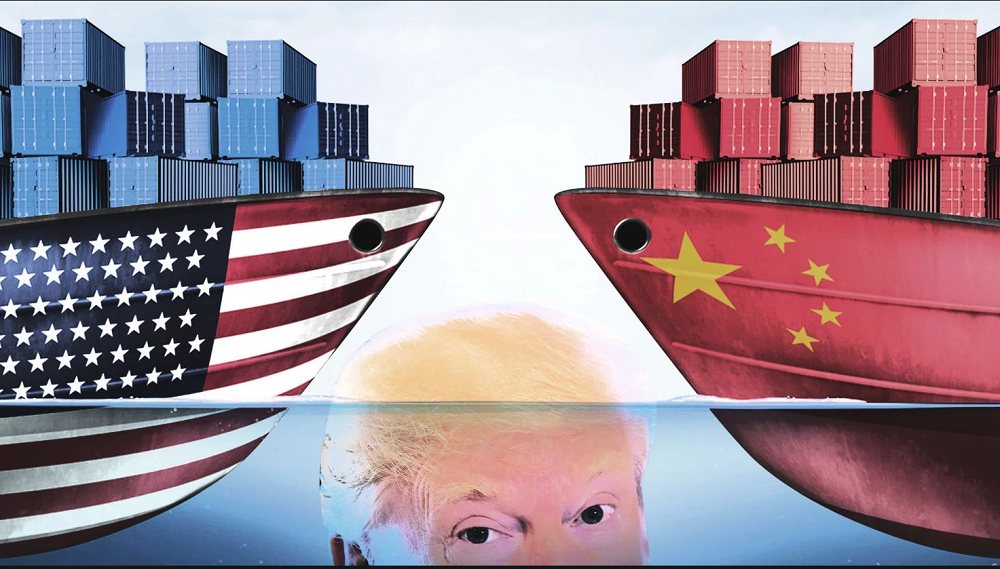 While much of the nation’s attention is focused on the nomination of Brett Kavanaugh to the Supreme Court and the allegations that have been made against him, this is also a crucial week in another respect that seems likely to end with the President ratcheting up the trade war with China to a new, incredibly risky, level:

President Trump boasted about the power of taxing imports on Monday morning and warned that countries that do not agree to his trade demands will be “tariffed,” escalating tensions as crucial negotiations loom with China and Canada.

In a pair of tweets, Mr. Trump continued to make the case that tariffs largely harm the countries that are taxed, saying the impact on the American economy has been “almost unnoticeable.” His comments are likely to further rattle American businesses, which have pleaded with the administration to abandon the tariffs and warned they will raise prices, cost jobs and hurt the United States economy.

Mr. Trump is not expected to relent. He is expected to announce this week that the United States will impose tariffs on another $200 billion worth of Chinese goods, a move that people familiar with the negotiations say could scuttle trade talks that are planned with the Chinese next week.

Mr. Trump has threatened to tax all Chinese goods if Beijing does not change its trade practices and has already levied tariffs on steel and aluminum imports from other countries, including Canada, Mexico and the European Union.

The president tweeted that his steel tariffs have given “new life” to the domestic steel industry, and that price increases from those and other tariffs have barely been felt in the American economy.

Neither claim is supported by economic data. Steel prices are up more than 10 percent since February, the month before Mr. Trump announced his long-awaited tariffs of 25 percent on steel and 10 percent on aluminum, from a wide swath of trading partners. Prices on washing machines jumped 20 percent in the months following Mr. Trump’s decision to impose tariffs on imported washers.

Since Mr. Trump announced his steel and aluminum tariffs, employment in primary metals manufacturing — which includes those industries — has increased by less than 1,000 jobs, according to the Labor Department.

Still, Mr. Trump said tariffs had put the United States “in a strong bargaining position,” alluding to upcoming talks with Canada in an attempt to complete a renegotiation of the North American Free Trade Agreement, and to a scheduled-but-tenuous round of talks with China next week.

Here are the President’s Tweets on the matter:

Tariffs have put the U.S. in a very strong bargaining position, with Billions of Dollars, and Jobs, flowing into our Country – and yet cost increases have thus far been almost unnoticeable. If countries will not make fair deals with us, they will be “Tariffed!”

Our Steel Industry is the talk of the World. It has been given new life, and is thriving. Billions of Dollars is being spent on new plants all around the country!

These new tariffs, which have yet to be fully imposed but likely will be announced later this week, were first reported over the weekend by The Washington Post and would mark the latest escalation of a trade war with China that the President began earlier this year and which shows no real sign of ending any time soon. It all began with the steel and aluminum tariffs that President Trump announced back in March, but its roots go back much further. Virtually from the moment he entered the race for President, Trump attacked President Obama and his predecessors what he claimed were a number of “bad trade deals” that were hurting American businesses while benefiting overseas competitors, and he singled out China as the focus of his attacks on this issue. This mirrors almost exactly the rhetoric that Trump used in the 1980s and 1990s when he was first becoming a “celebrity.” The only difference between then and now is that his target back then was Japan rather than China. Given that this was a time when Japan was proving to be a strong competitor and, much to the chagrin of people like Trump, Japanese investors were buying up real estate in Manhattan and other locations that he was seeking to do business. While the target was different there was really no difference between what Trump was saying back then and what he’s saying now, and in both cases, it is utterly economically illiterate.

In any case, it didn’t take long for the Chinese to retaliate against Trump’s steel and aluminum tariffs, and it didn’t take long after that for the U.S. economy to start feeling the impact of the tariffs and the President’s widening trade war. For example, just two months after the steel and aluminum tariffs were announced, The Wall Street Journal reported that prices for both foreign and domestic steel and aluminum were increasing and this was having a negative impact on manufacturers that rely on these raw materials for their products. Other reports have indicated that American pork farmers were increasingly nervous about their overseas business with nations like China due to the fact that Beijing was threatening to hit American agriculture with retaliatory tariffs. In Iowa, it was reported that Chinese retaliation for the tariffs could cost soybean farmers $624 million this year alone, with the prospect of larger losses if the retaliation continues beyond this year. This has led many leaders in Iowa and elsewhere, including Senator Chuck Grassley to express concern about the impact of the trade war on Republican fortunes in the fall. This is especially true given the fact that the tariffs seem to be expressly targeted toward Trump voters and middle-class Americans. In the time since then, we have also seen that the tariffs have had a negative impact on other American businesses, and has even led an iconic American brand like Harley-Davidson to announce that they are moving some production overseas in response to the retaliatory tariffs imposed by the European Union. Most recently last month Trump announced a new round of tariffs on Chinese goods and the Chinese responded immediately with another round of retaliatory tariffs.   impossible to completely shield Chinese companies and consumers from the full impact of a trade war.

If enacted as threatened, the President’s new round of tariffs only threaten to make a bad situation worse. Although its options are far more limited than ours due to the trade imbalance between the two nations, China

No doubt, President Trump will blame China, American businesses, and/or Democrats if the trade war with China leads to bad news for the economy. The truth of where responsibility for that war lies is clear, however. It isn’t in China, it isn’t at the feet of American businesses that continue to operate overseas, and it’s not with the Democratic Party. It can be found at 1600 Pennsylvania Avenue in the form of President Donald Trump. Even conceding the point that some of the objections that the President has voiced regarding our trade posture may be accurate, and they mostly aren’t, the proper way to address those objections is through international organizations such as the World Trade Organization or to negotiate directly with individual nations, not to start an ill-advised trade war based on mercantilist economic ideas that were discredited centuries ago. Those options apparently aren’t good enough for this President who, thanks to the bad advice being given to him by people like Gary Cohn, the former head of Trump’s National Economic Council, and Peter Navarro, who continues to serve as head of the Office of Trade and Manufacturing Policy, both of whom agree with the President’s ill-informed assertion that  “trade wars are good and easy to win.” If he stays this course, then we’re all going to find out just how wrong they are.