Despite the President's claims, the American steel industry isn't doing well at all. 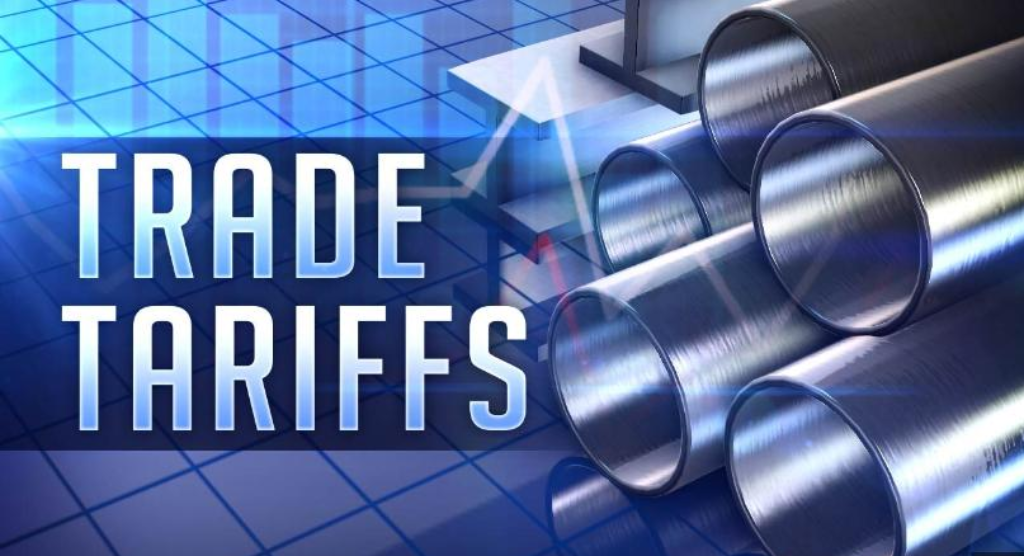 President Trump is claiming that his recent tariff policies have led to a revival of the American steel industry, but the opposite appears to be the truth:

WASHINGTON — President Trump has latched on to the idea of using steel to build his wall along the southern border, praising himself for fulfilling two campaign promises at once: keeping out illegal immigrants and resuscitating a struggling industry.

“They were doing very poorly when I took office, and now they’re doing very well,” Mr. Trump said of American steel makers before boarding Marine One this month. “Our steel industry was dying, and now it’s very vibrant.”

But in the 10 months since the Trump administration imposed 25 percent tariffs on steel imports, prices in the United States have now fallen back to levels last seen before the tariffs were announced on March 1.

Hiring in the steel sector remains stagnant, in part because new mills have become more reliant on automation. Even with the opening and restarting of several mills last year, direct steel industry employment was 146,300 as of November — 4 percent lower than it was four years ago, according to the American Iron and Steel Institute. Industry analysts estimate that steel companies made 50 announcements of plans for new mills and investments last year and that three dozen plants were built or restarted.

Investors are increasingly wary about the industry’s long-term strength. Stock prices for some of the nation’s biggest steel manufacturers dropped by as much as 47 percent in 2018 amid fears of slowing global economic growth and the potential for Mr. Trump to reach trade deals that remove the tariffs.

“We fully expect the players in the steel supply chain to have weaker years in 2019,” said Philip Gibbs, a metals analyst at KeyBanc in Ohio.

The Trump administration imposed sweeping steel and aluminum tariffs on trading partners like Europe, Canada, Japan and Mexico, saying it was trying to protect American security by preventing a flood of cheap metals into the United States. The tariffs, which went fully into effect in June, initially goosed steel prices in the United States, which jumped more than 50 percent after it became clear that the tariffs would really be put in place.

Mr. Trump has routinely pointed to the rising prices as a boon to American steel companies. But the price spike ultimately hurt demand as industries that rely on the metal, like automakers and homebuilders, struggled to absorb the rising costs or passed them on to customers.

Caterpillar, the farm equipment manufacturer, said last year that it would face $200 million in additional costs because of the steel tariffs. General Motors slashed its profits forecast for 2018 because of higher steel costs. Many businesses chose alternative materials or delayed investments, putting pressure on steel prices, which have since fallen.

According to S&P Global Platts, prices for American-made hot-rolled coil steel, the industry benchmark, jumped 41 percent in the first half of 2018 and then fell about 21 percent from that peak in the second half of the year. That trend is likely to continue this year.

American businesses and trade groups have repeatedly urged the Trump administration to remove the tariffs, arguing they hurt domestic companies, not competitors, and will ultimately undercut economic growth.

“Tariffs are taxes paid for by American families and American businesses — not foreigners,” said Thomas J. Donohue, the president of the U.S. Chamber of Commerce.

American steel makers are feeling the pressure. Despite strong earnings in 2018, the stock prices of steel companies have been in a deep slump as investors fret that they are being propped up by government support that will be temporary. In the last year, shares of AK Steel are down 56 percent, US Steel is down 46 percent, Steel Dynamics is down 29 percent and Nucor’s stock is down 18 percent.

All of this began, of course, just under a year ago when the Trump Administration announced aluminum and steel tariffs that, at the time, were primarily aimed at China and a handful of other nations while exempting, for the time being, allies in Europe as well as Canada and Mexico. Not surprisingly, that announcement was received negatively on Wall Street, which until then had been largely headed upward, on fears that we were witnessing the beginning of a trade war that threatened to undo much of the progress that had been made on international trade since the end of World War Two. Several weeks later, the President announced a series of new tariffs on China, which quickly led China to announce retaliatory tariffs of its own, many of them aimed at industries such as agriculture that had been heavily pro-Trump in the 2016 election. Several days after this announcement, Trump said that the United States was considering additional tariffs against the Chinese amounting to as much as $100 billion dollars. The Chinese Trade Ministry quickly responded to these statements from the President, saying that “We do not want to fight, but we are not afraid to fight a trade war.” Indeed, as Steven Lee Myers noted when these statements were made, the Chinese are confident that they could win a trade war.

Not surprisingly, it didn’t take long for the impact from all these new tariffs to be felt in the economy as a whole. For example, just two months after the steel and aluminum tariffs were announced, The Wall Street Journal reported that prices for both foreign and domestic steel and aluminum were increasing and this was having a negative impact on manufacturers that rely on these raw materials for their products. Other reports have indicated that American pork farmers were increasingly nervous about their overseas business with nations like China due to the fact that Beijing was threatening to hit American agriculture with retaliatory tariffs. In Iowa, it was reported that Chinese retaliation for the tariffs could cost soybean farmers $624 million this year alone, with the prospect of larger losses if the retaliation continues beyond this year. This has led many leaders in Iowa and elsewhere, including Senator Chuck Grassley to express concern about the impact of the trade war on Republican fortunes in the fall. This is especially true given the fact that the tariffs seem to be expressly targeted toward Trump voters and middle-class Americans. In the time since then, we have also seen that the tariffs have had a negative impact on other American businesses, and has even led an iconic American brand like Harley-Davidson to announce that they are moving some production overseas in response to the retaliatory tariffs imposed by the European Union. Most recently last month Trump announced a new round of tariffs on Chinese goods and the Chinese responded immediately with another round of retaliatory tariffs.   impossible to completely shield Chinese companies and consumers from the full impact of a trade war. Most recently, of course, the President slapped another $200 billion in tariffs on Chinese goods, and the Chinese responded with retaliatory tariffs of their own.

As if this wasn’t bad enough, the President saw fit to expand his trade war and, this time, he aimed his fire at the most illogical targets of all, our closest allies and trading partners. At the end of last May, the President announced that he was revoking the exemption from the steel and aluminum tariffs that had been announced back in March that applied to American allies in Europe as well as Canada and Mexico. Seemingly bizarrely, the president claimed that this was being done for “national security” reasons. Objectively speaking, of course, the idea that these allies are a national security threat to the United States, or that we could not rely on them as a source for aluminum and steel in the event of a national emergency or military threat is absurd, but because of the way American law and applicable trade treaties are worded “national security” is the only ground available to the President to impose tariffs without having to seek Congressional authorization and without violating the applicable treaties. Needless to say, this didn’t go over very well with our allies in Europe and elsewhere. Canada’s Foreign Minister called the new tariffs “absurd,” for example, and European Union officials announced retaliatory tariffs against American goods. Things got even more bizarre in this regard as Trump exchanged harsh words with Canadian Prime Minister Justin Trudeau prior to the G-7 Summit. Once he was at the summit, Trump essentially did everything he could to alienate America’s closest allies, thereby seemingly achieving a goal that Russia and, before it, the Soviet Union had only dreamed of, driving a wedge between the United States and its allies. After the Singapore Photo Op Summit, Trump continued his tirade against Trudeau, while polling revealed that Canadian public opinion about the United States was suffering as a result of American actions and the President’s rhetoric. Finally, it was reported at the same time that the President was considering what would effectively be a ban on German-built luxury automobiles. While some of these tariffs have been removed since they were imposed, the vast majority of them remain in place and, as the Times article linked above notes, they are continuing to have a negative impact on the economy. Additionally, the tariffs have had a negative impact on other American businesses and has even led an iconic American brand like Harley-Davidson to announce that they are moving some production overseas in response to the retaliatory tariffs imposed by the European Union.

As I have noted before, President Trump once famously claimed that  “trade wars are good and easy to win,”  and he apparently continues to believe this nonsense notwithstanding more than two centuries of economists dating back to Adam Smith and including economists today on both the left and the right who agree that the kind of protectionism this President is pursuing is ultimately self-destructive. Now, we’re all beginning to pay the price for his ignorance.