Trump’s 2020 Message Is Clear, And It’s Not A Healthy One

The tone and content of President Trump's 2020 campaign is already quite apparent. 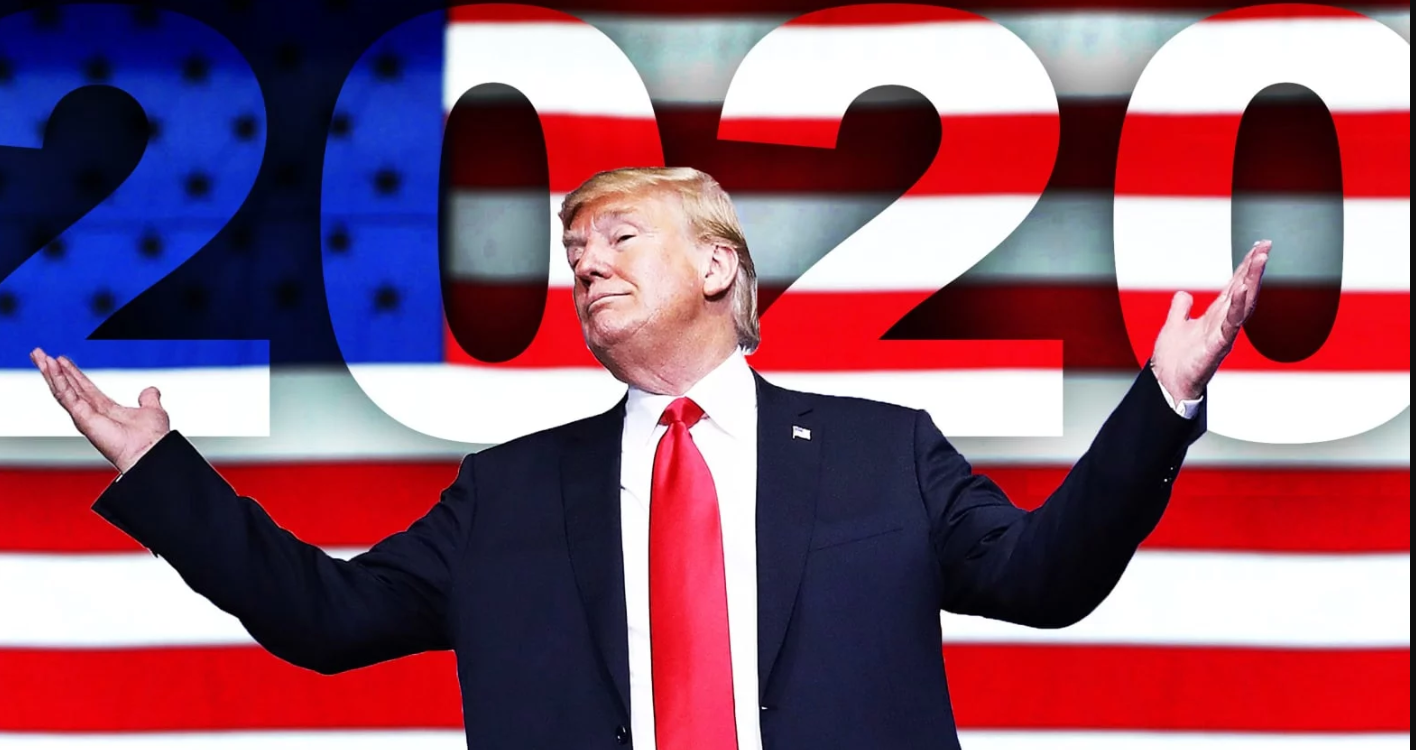 We’re still far away from the start of the 2020 campaign, but the shape of President Trump’s 2020 campaign is already becoming apparent:

President Trump and his advisers are launching a behemoth 2020 campaign operation combining his raw populist message from 2016 with a massive data-gathering and get-out-the-vote push aimed at dwarfing any previous presidential reelection effort, according to campaign advisers, White House aides, Republican officials and others briefed on the emerging strategy.

Trump’s advisers also believe the Democratic Party’s recent shift to the left on a host of issues, from the push for Medicare-for-all to a proposed Green New Deal, will help the president and other Republicans focus on a Trumpian message of strong economic growth, nationalist border restrictions and “America First” trade policies. Trump’s “Make America Great Again” slogan will become, in signs and rally chants, “Keep America Great!”

The president’s strategy, however, relies on a risky and relatively narrow path for victory, hinged on demonizing Trump’s eventual opponent and juicing turnout among his most avid supporters in Florida, Pennsylvania and the Upper Midwest — the same areas that won him the White House but where his popularity has waned since he was elected. Some advisers are particularly concerned about the president’s persistent unpopularity among female and suburban voters, and fear it will be difficult to replicate the outcome of 2016 without former Democratic nominee Hillary Clinton as a foil.

But even as the Mueller probe, congressional investigations and threats of impeachment swirl around him, Trump is starting his reelection bid with the full support of the Republican National Committee, a far more sophisticated data machine than his first election had and a party that has molded itself in his image while looking past his combative and incendiary style.

The reelection effort has already raised more than $100 million, with millions of small-dollar donors and wealthy supporters poised to add to that record haul. Officials said the operation is targeting 23 million key voters in swing states such as Florida, Ohio, Michigan and Wisconsin. The campaign also plans to enlist more than 1 million volunteers using a vast database of supporters who have attended Trump’s raucous political rallies over the past two years, officials said.

The president will kick off a heavy rotation of such rallies in battleground states in coming weeks, officials said. The campaign, with headquarters in Arlington, Va., has already announced a national press team and, one official said, plans to create a unit for the sole purpose of waging war against the news media.

“We are creating the largest campaign operation in American history, an unstoppable apparatus that will follow and implement President Trump’s strategy to great effect,” campaign manager Brad Parscale said. “On every metric, we are on track to outpace our 2016 numbers by many multiples.”

Trump has sought to build a 2020 messaging campaign around the idea of “promises kept” — replacing his 2016 “Make America Great Again” slogan with “Keep America Great!” and telling his supporters to chant “Finish the wall” instead of “Build the wall,” even though no section of his promised border wall has actually been built.

The campaign and Republican allies have pointed to recent Democratic proposals for expanding Medicare and investing in green energy projects as a chance to frame the 2020 race as a referendum on what they view as socialist policies. Many Republicans believe painting Trump’s opponents as extremists provides the clearest path to his reelection.

“If there’s a head wind pushing, it’s probably pushing the Democrat Party further to the radical left, rather than pushing the president into a one-term [presidency],” said Bryan Lanza, an adviser to Trump’s 2016 campaign and transition. “Nothing’s really changed for us. It’s still going to be the same binary choice between a Republican set of principles as opposed to a socialist Democratic set of principles. And we’ll gladly take that choice.”

A 10-person war room at the RNC has been working to document Democrats’ positions on the Green New Deal, Medicare-for-all, abortion and U.S.-Israel relations, according to two Republican Party officials. Trackers from the conservative super PAC America Rising are camped out in the early primary states of Iowa, New Hampshire and South Carolina, helping to create opposition research material on each of the Democratic contenders, said Sarah Dolan, America Rising’s executive director.

“We’re going to be hitting these candidates from the left and the right,” she said. “We want to create as much chaos as possible.”

Dan Eberhart, a prominent GOP donor, said that “the more divided and extreme the Democratic field is, the better for Trump. Right now they are trying to outdo each other with populist ideas from the far left. But Trump needs to resist the urge to stick his fingers in the Democratic primary waters by commenting daily.”

Basically, what the Post article excerpted above makes clear is that the President and his advisers are planning on making the 2020 campaign a base election, meaning that the main focus of the Trump campaign at least will be to focus on the base of the Republican Party by keeping up with the rhetoric that we’ve seen from the President since the start of his campaign in June 2015. Given the President’s national job approval numbers, it’s obvious that this is essentially the only strategy for victory that the GOP can go with at this point. It was possible, I suppose, that President Trump could have tried to build on his victory in 2016 by reaching across the aisle, tempering his political rhetoric, and seeking to expand his potential voter base.

This would have been the conventional wisdom, but of course, this President has never followed conventional wisdom and most likely has ignored advice from political advisers over the past two years to do exactly these things. Instead of trying to appeal to a broader cross-section of America by tempering his rhetoric, the Trump White House has pursued what can only be described as the most polarizing, hyperpartisan agenda of any President in modern history. Given that, the idea that we’d see them try to run a campaign that reaches out beyond the narrow base that has continued to support the President no matter how outrageous he has been is pretty silly. Trump has shown us what and who is is over the past two years, and it’s not at all likely that we’ll see that change at all over the next two years is fairly unlikely.

Combined with the appeal to the base, of course, will be the Administration and campaign’s effort to demonize the Democrats and their nominee no matter who they end up nominating. We can already see the beginnings of this effort in the rhetoric coming from the President and other Republicans that attempts to paint the Democrats as the party of socialism and in the even more distasteful efforts to support the false claim that the President made last month that the Democratic Party as a whole was anti-semitic, a charge prompted largely by its somewhat bungled effort to respond to comments made by Freshman Minnesota Congresswoman Ilhan Omar, who has made comments that utilize many common anti-Semitic tropes. We can expect to see more of this in the future, and Democrats are going to have to be prepared to respond to these charges effectively so that they deny Trump the opportunity to define their nominee for the General Election before that person even gets out of the gate at the convention in Milwaukee. In other words, in addition to being exceedingly hyperpartisan, the GOP campaign is going to be attempting to smear the opposition at every turn. Hillary Clinton failed in 2016 to some degree because she didn’t effectively respond to Trump. The Democrats’ 2020 strategy will have to be prepared to respond to those attacks and to counter them effectively.

Can this strategy on Trump’s part succeed? I don’t know but they’re sure going to give it a try.