The New York Times today fronts a long exposé on John McCain, which the campaign describes as a “hit-and-run smear campaign,” under the headline “For McCain, Self-Confidence on Ethics Poses Its Own Risk.” The piece alleges that McCain did favors for a female lobbyist nine or more years ago and insinuates that they were romantically involved.

Early in Senator John McCain’s first run for the White House eight years ago, waves of anxiety swept through his small circle of advisers.

A female lobbyist had been turning up with him at fund-raisers, visiting his offices and accompanying him on a client’s corporate jet. Convinced the relationship had become romantic, some of his top advisers intervened to protect the candidate from himself — instructing staff members to block the woman’s access, privately warning her away and repeatedly confronting him, several people involved in the campaign said on the condition of anonymity.

When news organizations reported that Mr. McCain had written letters to government regulators on behalf of the lobbyist’s client, the former campaign associates said, some aides feared for a time that attention would fall on her involvement.

Mr. McCain, 71, and the lobbyist, Vicki Iseman, 40, both say they never had a romantic relationship. But to his advisers, even the appearance of a close bond with a lobbyist whose clients often had business before the Senate committee Mr. McCain led threatened the story of redemption and rectitude that defined his political identity.

It had been just a decade since an official favor for a friend with regulatory problems had nearly ended Mr. McCain’s political career by ensnaring him in the Keating Five scandal. In the years that followed, he reinvented himself as the scourge of special interests, a crusader for stricter ethics and campaign finance rules, a man of honor chastened by a brush with shame.

But the concerns about Mr. McCain’s relationship with Ms. Iseman underscored an enduring paradox of his post-Keating career. Even as he has vowed to hold himself to the highest ethical standards, his confidence in his own integrity has sometimes seemed to blind him to potentially embarrassing conflicts of interest.

Nine years ago, aides were concerned that there might be an appearance of impropriety and sought to distance a candidate running on the need to reform lobbying from a lobbyist. Why is this front page news in the most important paper in the country?

When did the Times start this “investigation”? Clearly, they haven’t finished it since they have nothing here beyond allegation. Yet they’ve given it the most prominent space in the paper. But when did they start? Since all this happened during McCain’s last presidential campaign — which famously had flocks of reporters tagging along on the bus the whole way — didn’t they have some inkling of all this then. For that matter, were they working on the story when they endorsed McCain for the nomination only three weeks ago?

Noam Scheiber suggests that the Times has been sitting on the story for a while and was forced to run this now because a competing New Republic story on the infighting in McCain’s 2000 campaign was about to be published. Josh Marshall, who ironically was working on a piece about how the media never scrutinizes McCain, says the Times was working on this in December and McCain’s folks initiated legal action to stop it. Matt Drudge also had rumors about such a story in late December.

The story takes care to remind us, early and often, of the Keating Five scandal — about which “some people” thought McCain “got off too lightly.” To get quotes from people about McCain being “imprudent.” To get numerous denials that the relationship between McCain and Iseman was anything but professional — without giving any indication as to why one would think otherwise.

Rich Lowry thinks it’s all about the sex: “Let’s be honest: this story is all about the alleged affair, and all the Keating Five and campaign finance reform re-hash is window dressing.” Certainly, that’s the only thing “new” here.

At the moment it seems to me that we have a story from the Times that reads like it’s had most of the meat lawyered out of it. And a lot of miscellany and fluff has been packed in where the meat was. Still, if the Times sources are to be believed, the staff thought he was having an affair with Iseman and when confronted about it he in so many words conceded that he was (much of course hangs on ‘behaving inappropriately’ but then, doesn’t it always?) and promised to shape up. And whatever the personal relationship it was a stem wound about a lobbying branch.

I find it very difficult to believe that the Times would have put their chin so far out on this story if they didn’t know a lot more than they felt they could put in the article, at least on the first go. But in a decade of doing this, I’ve learned not to give any benefits of the doubt, even to the most esteemed institutions.

Maybe so. Stay tuned, I guess.

The Times ownership and editorial board is left-of-center and will certainly endorse the Democratic nominee in the fall. But John Hinderaker‘s assertion that “The Times is a mouthpiece for the liberal wing of the Democratic Party, nothing more” and that “no sophisticated person takes the Times seriously as a news source” is unfair and untrue. With rather rare exception, they provide fair and honest reporting. This one, though, is simply bizarre. And the juxtaposition with a giant picture of a joyous Barack Obama is surreal.

UPDATE: Patrick Hynes, who handles blogger relations for McCain, reports that Jim Rutenberg has declined interview requests to appear on his show and that he was “left with the impression that the NYT will be doing NO media in defense of its story.” I’d be surprised if they agreed to appear on a radio show hosted by a McCain staffer. But odd indeed if they’re doing no interviews at all.

You can read dozens of blogger reactions to the story at memeorandum. Some of the more prominent and interesting:

UPDATE: Politico reports that “Aides to Sen. John McCain (R-Ariz.) have released a remarkable 1,500-word document outlining what his campaign calls ‘some of the facts that were provided to the New York Times but did not end up in the story.'” They reprint the document in its entirety; it’s basically a timeline refuting the dates and allegations in the story.

UPDATE: McCain has held a press conference denying the allegations.

“I’m very disappointed in the article. It’s not true,” the likely Republican presidential nominee said as his wife, Cindy, stood beside him during a news conference called to address the matter. “I’ve served this nation honorably for more than half a century,” said McCain, a four-term Arizona senator and former Navy pilot. “At no time have I ever done anything that would betray the public trust.” “I intend to move on,” he added.

McCain described the woman in question, lobbyist Vicki Iseman, as a friend.

The newspaper quoted anonymous aides as saying they had urged McCain and Iseman to stay away from each other prior to his failed presidential campaign in 2000. In its own follow-up story, The Washington Post quoted longtime aide John Weaver, who split with McCain last year, as saying he met with lobbyist Iseman and urged her to steer clear of McCain. Weaver told the Times he arranged the meeting before the 2000 campaign after “a discussion among the campaign leadership” about Iseman.

But McCain said he was unaware of any such conversation, and denied that his aides ever tried to talk to him about his interactions with Iseman. “I never discussed it with John Weaver. As far as I know, there was no necessity for it,” McCain said. “I don’t know anything about it,” he added. “John Weaver is a friend of mine. He remains a friend of mine. But I certainly didn’t know anything of that nature.”

His wife also said she was disappointed with the newspaper. “More importantly, my children and I not only trust my husband, but know that he would never do anything to not only disappoint our family, but disappoint the people of America. He’s a man of great character,” Cindy McCain said. The couple smiled throughout the questioning at a Toledo hotel.

McCain’s remaining rival for the Republican nomination, former Arkansas Gov. Mike Huckabee, called McCain “a good decent honorable man” and said he accepted McCain’s response. “I’ve campaigned now on the same stage or platform with John McCain for 14 months. I only know him to be a man of integrity,” Huckabee said in Houston. “Today he denied any of that was true. I take him at his word. For me to get into it is completely immaterial.”

The publication of the article capped three months of intense internal deliberations at the Times over whether to publish the negative piece and its most explosive charge about the affair. It pitted the reporters investigating the story, who believed they had nailed it, against executive editor Bill Keller, who believed they hadn’t. It likely cost the paper one investigative reporter, who decided to leave in frustration. And the Times ended up publishing a piece in which the institutional tensions about just what the story should be are palpable. 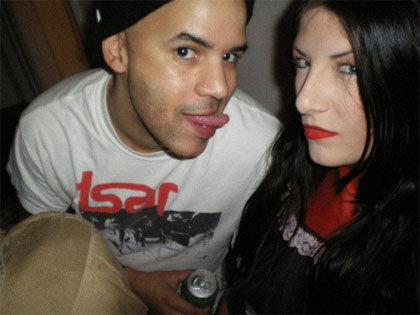 Why the P-I Didn’t Run the McCain Story