A new study reveals that the Republican tax cut package passed at the end of 2017 has not had the economic impact the GOP claimed it would. 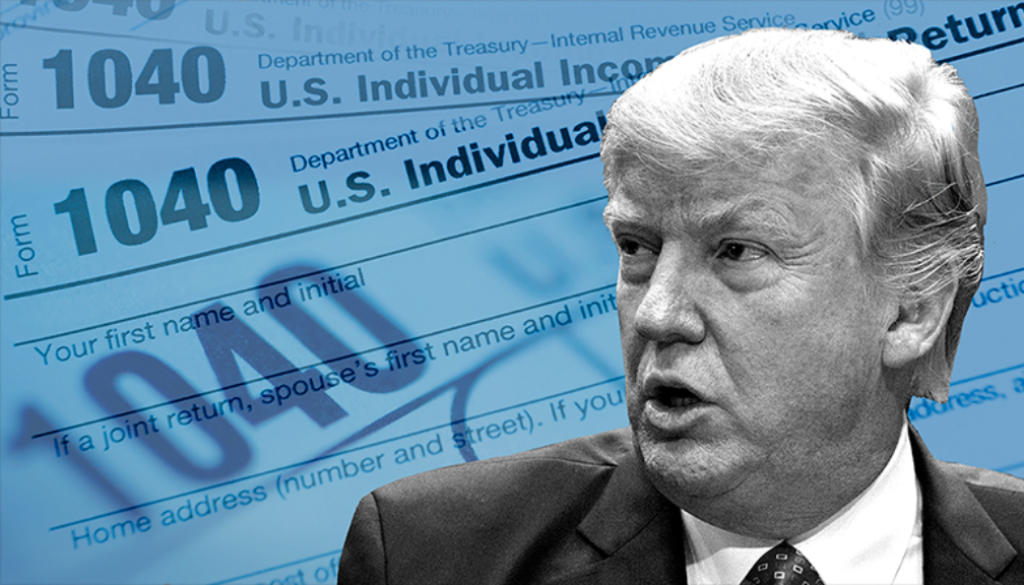 A new report indicates that the tax reform package that Republicans passed at the end of 2016, which remains the single big piece of legislation that the GOP managed to pass while controlling both ends of Pennsylvania Avenue, had almost no impact on business investment hiring:

WASHINGTON (Reuters) ― The Trump administration’s $1.5 trillion cut tax package appeared to have no major impact on businesses’ capital investment or hiring plans, according to a survey released a year after the biggest overhaul of the U.S. tax code in more than 30 years.

The National Association of Business Economics’ (NABE) quarterly business conditions poll published on Monday found that while some companies reported accelerating investments because of lower corporate taxes, 84 percent of respondents said they had not changed plans. That compares to 81 percent in the previous survey published in October.

The White House had predicted that the massive fiscal stimulus package, marked by the reduction in the corporate tax rate to 21 percent from 35 percent, would boost business spending and job growth. The tax cuts came into effect in January 2018.

“A large majority of respondents, 84 percent, indicate that one year after its passage, the corporate tax reform has not caused their firms to change hiring or investment plans,” said NABE President Kevin Swift.

The lower tax rates, however, had an impact in the goods producing sector, with 50 percent of respondents from that sector reporting increased investments at their companies, and 20 percent saying they redirected hiring and investments to the United States from abroad.

The NABE survey also suggested a further slowdown in business spending after moderating sharply in the third quarter of 2018. The survey’s measure of capital spending fell in January to its lowest level since July 2017. Expectations for capital spending for the next three months also weakened.

“Fewer firms increased capital spending compared to the October survey responses, but the cutback appeared to be concentrated more in structures than in information and communication technology investments,” said Swift, who is also chief economist at the American Chemistry Council.

When the tax bill was being debated in Congress, Republicans were all over the media promising that passing the package, which included reductions in both personal and corporate income tax rates, would lead to a stronger economy, jobs growth and increased revenue to the Federal Government. While there have been some positive economic statistics on an isolated basis, those promises have gone largely unfulfilled. Indeed, both economic and jobs growth have, by and large, remained the same as they were during President Obama’s second term. wage growth, which many economists are now saying is the more important number now that we’re nearing the point of full employment, has been stubbornly slow for the past two years. Meanwhile, the corporate expansions that Republicans said would happen have not materialized and many corporations have been using the tax savings they are receiving from the new tax law to fun stock buybacks. Finally and perhaps most disappointing to Republicans, the changes to corporate taxes have not resulted in the repatriation of corporate profits parked overseas that they claimed would occur in the wake of the tax cuts. Instead, corporations have chosen to keep those profits where they are rather than paying additional corporate taxes as a result of repatriation, even if the tax rate is lower than it used to be.

In addition to a decided lack of apparent economic benefit, the tax cut package has also come with the economic bad news. Just months after the tax bill became law, for example, the Congressional Budget Office estimated that it would add $1.9 trillion to the Federal Budget Deficit over the course of ten years. This came at the same time that, independent of the tax cut bill, it was becoming clear that we were heading back toward the $1 trillion budget deficits we saw at the beginning of the Obama Administration when the economy was still recovering from the Great Recession. When the final budget deal was put forward in mid-February of last year, it included massive spending increases in almost every budget category and busted through the controls that had been put in place by the Budget Control Act of 2011, a controversial bill passed during one of the many fiscal showdowns between former President Obama and Congress that occurred after Republicans captured the House in 2010. As The New York Times noted at the time, this effectively means that Republicans have learned to love the deficits and debt they once claimed to abhor. In other words, the Republican Party, which had spent the Obama years railing about spending and deficits, had become the party of deficits and debt. By April of last year, the Congressional Budget Office had officially forecast that we’d be seeing trillion dollars deficits by the end of Fiscal Year 2019 and just a few months later, the national debt crossed a new benchmark and was north of $21 trillion. Finally, earlier this month it was reported that the annual deficit was on a pace to exceed $1,000,000,000,000 for the current Fiscal Year, which ends on September 30th. Add the impact of the tax package into this and it’s clear that the entire package has failed to achieve what Republicans hoped for when they passed it more than a year ago.

Finally, it’s worth noting that the tax package did not have the positive benefit for Republicans that they hoped it would. Initially, Republicans had hoped that the combination of slightly higher take home pay for many workers, bonuses, and a positive impact on the economy would help them stave off a Democratic wave in the midterm elections. As I noted several times during the course of the campaign though (see here and here), it was apparent that the tax bill itself had proven to be so unpopular among voters that most Republican candidates had largely abandoned bringing it up on the campaign trail. The results on Election Day were similarly bad when it came to the so-called “Tax Cuts And Jobs Act,” and that the new law was actually a net negative in states where changes such as the treatment of deductions for property and other state taxes had the most negative impact. Instead, the law clearly hurt Republicans in high income, high-tax districts where residents were upset about the newly established cap on deductions for state and local taxes. As a result, while Republicans did pick up a handful of Senate seats, their losses in the House were the worst the party has suffered since the post-Watergate election in 1974 and nearly as bad as the losses they suffered in the 1930 Congressional Elections

No, The Republican Tax Cuts Aren’t ‘Paying For Themselves’