President Trump got his revised version of NAFTA, but Canadians are less positive about the United States than they have been in at least twenty years. 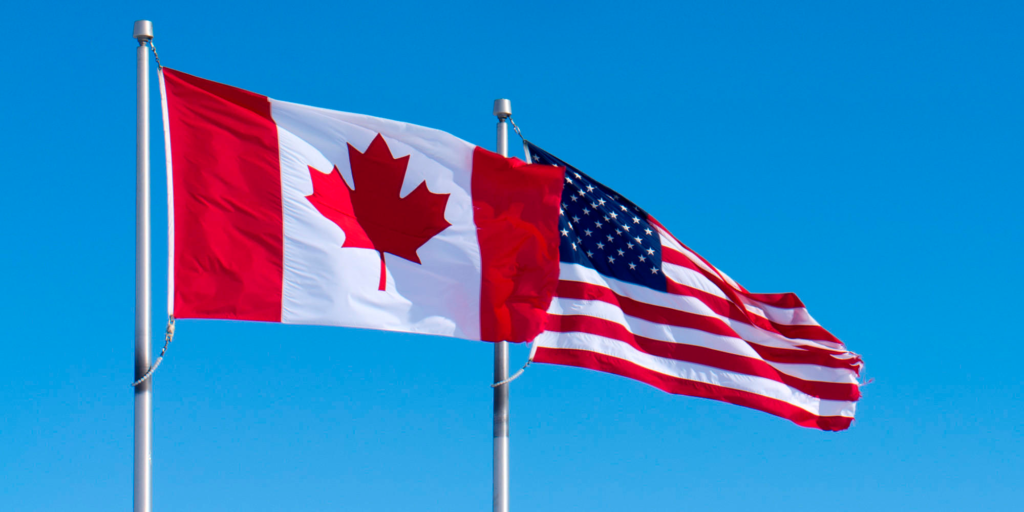 The United States and Canada may have successfully concluded the negotiation for NAFTA 2.0 — excuse me, the U.S.M.C.A. (cue the Village People) — but the bad feelings remain and it seems unlikely that even the stereotypically polite Canadians are going to simply forgive and forget:

TORONTO — He called his relationship with Prime Minister Justin Trudeau of Canada “testy.” But President Trump put that down to heated trade negotiations only.

Now that the newly named deal was settled, things between the two men — and by extension, two countries — were supposedly rosy again.

If you swept a microphone across the length of Canada at that moment, the sound recorded would have been of eyeballs rolling. Millions of them.

Canadians are mostly relieved that Nafta 2.0, now called the U.S.M.C.A., was signed and that Mr. Trump’s threats of economic ruination for their country are over. But if he thinks the argument with his neighbor is all patched up, then he is terribly wrong.

“The president insulted our country, our prime minister and even our chief negotiator,” said Frank McKenna, a former premier of New Brunswick and a former Canadian ambassador to the United States.

“He not only used rude language, he threatened our economic welfare,” Mr. McKenna said. “And he seemed to do it with great glee. People won’t forget that. I think that’s now deep in our psyche — the way we were treated by this president.”

The months of negotiations over the North American Free Trade Agreement delivered increasing shocks to Canadians, who have long thought of themselves as the beloved — if somewhat ignored — little sibling of their superpower neighbor.

Sure, many Americans couldn’t place Canada’s capital, Ottawa, on the map or name the country’s prime minister — a hit television routine was predicated on this benign ignorance — but that was largely accepted as proof of a relationship so strong that it could be taken for granted.

Despite being a country of just 36 million, Canada is the biggest source of international travelers to the United States, its closest military ally and the biggest importer of American goods.

Many Canadians, who touted their relationship with Americans as the most successful partnership in the world, feel that the special bond is gone — or at least frayed.

“We think we understand the United States, or thought we did,” said Janice Stein, the founding director of the University of Toronto’s Munk School of Global Affairs. “That relationship is gone.”

Bill Anderson, the director of the University of Windsor’s Cross-Border Institute, a research organization across the river from Detroit, said there was still hope that relations could be repaired eventually.

“There’s a kind of disappointment, but most people expect things to get better,” he said. “Down here on the border, the bond is more personal than political.”

Canadian historians say there is a rich history of frosty relations between American presidents and Canadian prime ministers.

The most famous display of anger, said Robert Bothwell, a professor of Canadian history at the University of Toronto, was after Canada’s Lester B. Pearson, a Liberal and Nobel Peace Prize laureate, called for a suspension of the bombing in Vietnam by the United States, in a speech in Philadelphia. The next day, he visited President Lyndon B. Johnson at Camp David.

Mr. Johnson was so enraged that he reportedly lifted Mr. Pearson by his lapels, while bellowing, “You pissed on my rug.”

But that was not made public at the time. And it certainly wasn’t trumpeted by the president himself.

“There’s been disagreement, yes, but never public abuse like this,” Professor Bothwell said. “Even Woodrow Wilson would have thought it was just ungentlemanly. There really is no precedent.”

This all started, of course, with the President’s inexplicable actions regarding trade with Canada that clearly are not based in anything approaching common sense or reality. Back in May, Trump revoked the exemption from the steel and aluminum tariffs that had been announced back in March that applied to American allies in Europe as well as Canada and Mexico. In doing so, the President made the rather bizarre claim that he was acting in the name of “national security,” a claim that is so utterly lacking credibility that it’s a wonder anyone at the White House has been able to repeat it while maintaining a straight face. These tariffs remain in place notwithstanding the fact that the Not does Canada share the longest peaceful border in the world with the United States, but Canadian soldiers have fought alongside their American neighbors on battlefields ranging from France and the Pacific during World War II to Korea, the Persian Gulf, and Afghanistan. Canadians opened their homes to stranded Americans on September 11th when they were unable to fly home after the attacks in New York City and Washington. And, of course, Canada and the United States have shared responsibility for the air defenses of North America since the start of the Cold War.

More importantly, the economies of the United States and Canada are so intertwined that they are, to a large degree, inseparable. Last year, our total goods and services trade with Canada amounted to just about $673.1 billion dollars, including exports totaling $ 340.7 billion and imports totaling $332.3 billion, leaving the United States with a trade surplus with Canada of $8.4 billion, which is consistent with the trade surplus we’ve run for many years. (Source) This compares favorably to our trade relationship with China, Mexico, Japan, South Korea, Taiwan, Australia, and the United Kingdom. Beyond this, Canada has been a massive source of tourism for the United States and American companies and their Canadian subsidiaries, especially in the auto industry, have been so intertwined as to effectively function as one. When it comes to trade and business, the United States and Canada not only have a strong trading relationship but what effectively operates as a single market that benefits businesses and consumers on both sides of the American-Canadian border. Claiming that Canada is somehow a threat to American national security is, to be frank about it, insane.

Not surprisingly, this development didn’t go over very well with our neighbor to the north. Canada’s Foreign Minister called the new tariffs “absurd,”  Things got even more bizarre in this regard as Trump exchanged harsh words with Canadian Prime Minister Justin Trudeau prior to the G-7 Summit. Once he was at the summit, Trump essentially did everything he could to alienate America’s closest allies, thereby seemingly achieving a goal that Russia and, before it, the Soviet Union had only dreamed of, driving a wedge between the United States and its allies. After the Singapore Photo Op Summit, Trump continued his tirade against Trudeau, while polling revealed that Canadian public opinion about the United States was suffering as a result of American actions and the President’s rhetoric. In support of that contention, one can also point to a recent Pew Research poll, showing that only 39% of Canadians have a favorable view of the United States, the lowest number that poll has seen since Pew began polling Canadians in 2002.

None of this means that relations between Canada and the United States are headed for something approaching hostility, of course. Whatever the personal feelings of President Trump and Justin Trudeau may be, the extent to which the interests, economies, and militaries of the two nations are far too intertwined for anything such as that. Additionally, notwithstanding the differences between the leaders and Ottawa and Washington, the United States and Canada continue to run along parallel courses and will continue to do so for the foreseeable future. This is why, despite the fact that it at times appeared to be difficult, the negotiations that led to NAFTA 2.0 the two sides were ultimately able to reach an agreement. These aspects of our relationship will continue and likely grow, in the coming years simply because that is what is in the national interests of the United States.

Notwithstanding all of that, though, it’s clear that the relationship will continue to be strained as long as the American President continues acting like this, at least as far as Canadians are concerns. As the linked article above notes, Americans tend not to think much about Canada despite the fact that it is our closest ally, and it’s probably the case that many Americans would be surprised to learn how much the events of the past two years have impacted how we are viewed by our friends north of the border. It’s really quite unfortunate, but we’ve got only ourselves to blame.