One of the biggest names in Hollywood stands accused of sexual misconduct by a number of women in yet another ground-breaking report by Ronan Farrow. 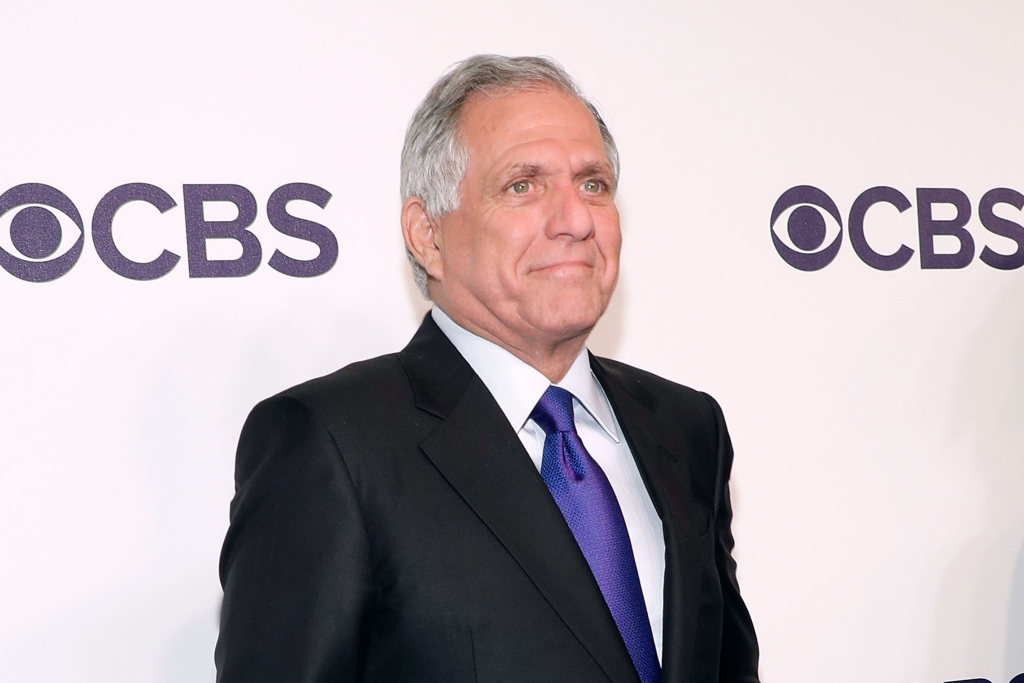 Les Moonves, the head of CBS, is facing allegations of sexual misconduct in the latest example of the “MeToo” movement hitting Hollywood:

Leslie Moonves, the chief executive of the CBS Corporation and one of the most powerful people in the media business, is facing an investigation after a report published on Friday revealed allegations of sexual harassment made against him by six women.

The CBS board of directors said in a statement Friday that it would investigate any allegations of misconduct, and that the claims, detailed in an investigative article in The New Yorker, would “be taken seriously.”

“Upon the conclusion of that investigation, which involves recently reported allegations that go back several decades, the board will promptly review the findings and take appropriate action,” the statement said. The board plans to hire a law firm to conduct the review before it takes any action, the company said.

CBS shares fell by more than 6 percent Friday when news of the impending New Yorker article was reported.

The article, written by the investigative journalist Ronan Farrow, describes sexual harassment alleged by six women in the entertainment business against Mr. Moonves. It links the accusations to a broader culture of sexual harassment at CBS, with a special focus on CBS News.

Four women spoke to Mr. Farrow on the record, including the film and television actress Illeana Douglas. Ms. Douglas described a meeting with Mr. Moonves in 1997 during which, she said, he was “violently kissing” her while holding her down. “The physicality of it was horrendous,” she told The New Yorker.

Mr. Moonves, 68, began his career as an actor before recasting himself as a Hollywood producer and, later, as a network executive. Under his watch, CBS went from last place in the ratings to the most-watched television network, with hits like “The Big Bang Theory,” “Survivor” and “Young Sheldon.”

Mr. Moonves, who became the president of CBS Entertainment in 1995 and the chief executive of the company in 2006, draws an annual pay package of $69.3 million. But his role as company head has been in jeopardy because of his part in a continuing legal battle against CBS’s parent company, National Amusements.

In addition to Ms. Douglas, the women who made on-the-record accusations were the writer Janet Jones and the producers Christine Peters and Julie Kirgo. All of the women said Mr. Moonves had insisted on sexual favors and retaliated against them when they turned him down. The earliest allegations in the article date to the mid-1980s, and the most recent to 2006.

In a statement that CBS had earlier shared with The New Yorker, Mr. Moonves said: “I recognize that there were times decades ago when I may have made some women uncomfortable by making advances. Those were mistakes, and I regret them immensely. But I always understood and respected — and abided by the principle — that ‘no’ means ‘no,’ and I have never misused my position to harm or hinder anyone’s career.”

CBS, in a separate statement, said it “is very mindful of all workplace issues and takes each report of misconduct very seriously.”

It added, “We do not believe, however, that the picture of our company created in The New Yorker represents a larger organization that does its best to treat its tens of thousands of employees with dignity and respect.”

Mr. Moonves is married to Julie Chen, who has hosted several CBS shows. “I fully support my husband and stand behind him and his statement,” she said on Twitter.

The New Yorker piece also outlines allegations of sexual harassment by several women against a number of CBS News executives, including Jeffrey Fager, the former head of the news division and the current producer of “60 Minutes.” The story said CBS News executives were still promoted even after allegations of misconduct. The division had paid settlements to some of these women, the article said.

As noted, the reports at issue were first made public in a piece at The New Yorker detailing the accounts of a number of women, both named and unnamed, who say that they were sexually harassed by Moonves and/or other executives at CBS and in several cases essentially forced to engage in sexual conduct if they wanted to continue being employed by the network. These allegations were unearthed by Ronan Farrow and his team of investigators who, of course, had previously been the source of the first allegations against Hollywood producer Harvey Weinstein, who has since been charged with sexual assault in New York City and could face similar charges in other jurisdictions around the country. Farrow won the Pulitzer Prize for that reporting, and in the wake of that report about Weinstein, Farrow also came out with several other reports about celebrities and other notable people who have been accused of similar misconduct. Given that history, one has to assume that Farrow has his team have sufficiently investigated these allegations against Moonves and that they would not have gone forward with the story if they didn’t have sufficient reason to believe it was accurate.

While this kind of behavior has been swept under the rug for decades, the last several years have seen a marked changed in how this behavior is treated and how the women who make these allegations are treated when they do come forward The trend actually began last year with the revelations coming out of Fox News Channel regarding people such as Roger Ailes and Bill O’Reilly, both of whom were ultimately removed from their seemingly untouchable positions. The trend began to pick up steam, though, in the wake of a round of revelations that began last month. It started, not surprisingly, in the entertainment industry with allegations against people such as Bill Cosby,  Harvey Weinstein, Kevin Spacey, filmmaker Bruce Ratner, George Takei, Charlie Rose, political pundit Mark Halperin and Matt Lauer. In the political world, it has led to accusations about men such as Roy Moore, Al Franken, Michigan Congressman John Conyers. and Texas Congressman Blake Farenthold. The movement has also reached the Oval Office given the impact of things such as the so-called Access Hollywood tape, the allegations by nineteen separate women that they were sexually harassed by Donald Trump, and by the allegations made against the President by women such as Stormy Daniels and Karen McDougal. Most recently, of course, Bill Cosby was found guilty of three counts of sexual assault in a Pennsylvania court, and Weinstein has been charged with sexual assault in New York City and could face additional charges in the future.

All of this, of course, gave rise to the MeToo Movement, which encouraged women at all levels of society to share their own stories of having been sexually assaulted or harassed either in the workplace or elsewhere, and the impact of that movement continues to reverberate throughout society. Among other things, it has resulted in a record number of women running for office in this year’s midterm elections, both at the Federal and state level, a development that could have a real impact on the number of women in prominent political positions across the United States. This could have a real impact on the direction of American politics, and most immediately an impact on the terms of the political debate in the United States.

The most important legacy of the Me-Too Movement, though, will continue to be the impact it has had on the extent to which an issue that was once swept under the rug or excused as “boys being boys” has been exposed to the light of day. Ever since the #MeToo movement started to gather force in the wake of the Weinstein allegations, the number of women I follow Twitter and Facebook who have shared their stories of sexual assault or harassment, in some cases apparently for the first time, has been alarming and eye-opening. Since graduating from law school, I’ve worked alongside women who were subordinates, opposing counsel and other fellow attorneys, bosses, Judges, and in a wide variety of other roles. I also have many female friends on social media and in the real world who I’m able to get along with quite well without acting like a jerk who didn’t grow out of being a frat boy in college. I was always aware that behavior like what has been described in many of these posts occurred, but I’ve never witnessed it (as far as I know) nor did I realize how widespread it is. I’m betting many other men didn’t either. For that reason alone, these revelations are a good and positive thing.

Second, it’s always seemed very simple to me. Sexual assault of any kind is always wrong, and excuses for harassing behavior like “I was drunk,” “She was drunk,” or “No means yes” are never acceptable. As far as sexual harassment goes, no means no, and there is no justification for someone to make those kinds of advances in a professional setting, especially when one is in a position of power over another person such as in the employment situation. There’s also no excuse for such unwanted behavior outside the office whether it’s at a college party or in a bar on Ladies Night or during Happy Hour.  It’s important that women in all aspects of society are being given the opportunity to expose what used to be a dirty little secret, and I have little sympathy for the men who have paid the price for their egregious and disgusting behavior over the years. Hopefully, things like this will encourage other women to come forward and speak the truth, whether we’re talking about a starlet in Hollywood who was subjected to the so-called “casting couch” or a woman who works as a cashier, a secretary, or whatever who is being taken advantage of by men in a position of power over them.

Finally, I’ve seen several men commenting or posting in response to dismissive tones regarding these disclosures, and that is just as disturbing as the reports themselves. “Boys will be boys” is not an excuse for acting like a boorish jerk, and the fact that a woman isn’t interested in you isn’t a reason to treat her like crap. Additionally, dismissing the reports that are being posted as some kind of social media fad is, well, kind of pathetic, as is the excuse that the campaign is somehow an attack on all men, which it clearly isn’t. Stop acting like jerks, guys. It’s as simple as that. In other words. if you don’t want to be accused to sexual harassment then there’s an easy answer — DON’T SEXUALLY HARASS WOMEN. It’s really as simple as that.

Les Moonves Out At CBS Amid Sexual Harassment Allegations