The Trump Administration's School Safety Commission isn't getting off to a very good start. 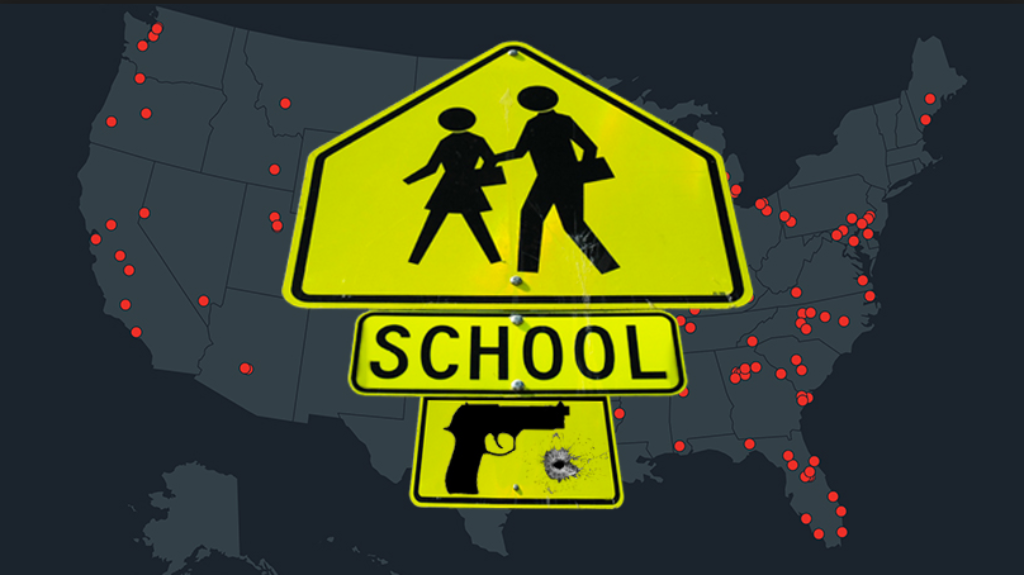 The school safety commission that President Trump ordered the Department of Education to establish in the wake of the February shooting at Marjory Stoneman Douglas High School in Florida and last month’s shooting at Santa Fe High School in Texas won’t be looking at the role at access to guns might play in such shootings or what steps could be taken to deny potential school shooters from access to weapons:

WASHINGTON — Education Secretary Betsy DeVos told a Senate committee on Tuesday that the federal commission on school safety set up this year after the Parkland, Fla., school massacre will not focus on the role guns play in school violence.

The comments, provided in testimony before the Senate subcommittee that oversees education spending, perplexed senators who questioned how the commission, led by Ms. DeVos and convened by President Trump, could avoid the subject when it was a military-style assault rifle that left 17 students and staff dead at Marjory Stoneman Douglas High School.

“That’s not part of the commission’s charge, per se,” Ms. DeVos said in response to a question from Senator Patrick J. Leahy, Democrat of Vermont, about whether the commission would look at the role of firearms in the gun violence that has plagued the nation’s schools.

“So we’ll look at gun violence in schools, but not look at guns? An interesting concept,” Mr. Leahy said in response.

Ms. DeVos’s comments came about 24 hours before the commission’s first public forum, scheduled for Wednesday at the Education Department, where it will solicit feedback on solutions to improve school safety. And it comes after months of criticism — including from the students who survived the Marjory Stoneman Douglas shooting — that in its response to the school shootings, the nation’s political leaders have zeroed in on everything but guns.

Shortly after Parkland, Republicans pointed to Obama-era school discipline policies as a potential culprit. As the gun-control legislation flagged in Congress, leaders shifted their focus toward measures that would beef up security at the nation’s schools, including the possibility of arming teachers.

This announcement from DeVos comes as something of a surprise given the fact that when the White House announced the formation of the Commission after the shooting in Florida, it listed several areas that touch upon guns and the gun control debate. This includes enhancing the ability of authorities to use mental health orders to either bar certain people from owning weapons or to take their weapons from them, making changes to potentially enhance the background check system established by the Brady Bill, age restrictions for firearms purchases, and other related areas. Apparently, the Commission, whose members include DeVos along with Attorney General Jeff Sessions and Secretary of Homeland Security Kirstjen Nielsen, and Secretary of Health And Human Services Alex Azar has decided to forgo examining any of those issues and will instead be concentrating on issues that conservatives often cite when approaching this issue:

Among other areas, the commission is slated to examine ratings systems for video games, the consumption of “violent entertainment” and the effects of news media coverage of mass shootings. The group is also charged with considering whether to repeal a package of Obama-era school discipline policies targeted at addressing disciplinary policies that disproportionately affect minority students. The commission is also looking to fund and bolster mental health and school infrastructure resources.

Liz Hill, a spokeswoman for the department, clarified after the hearing that “the secretary and the commission continue to look at all issues the president asked the committee to study and are focused on making recommendations that the agencies, states and local communities can implement.”

“It’s important to note that the commission cannot create or amend current gun laws — that is the Congress’s job,” Ms. Hill said.

Bob Farrace, a spokesman for the National Association of Secondary School Principals, said, “If the commission won’t address the role of guns in school violence, we hope that means it also won’t recommend a proliferation of guns in schools — arming teachers, eliminating gun-free school zones and other ill-advised proposals that will make schools less safe.”

Needless to say, this position isn’t sitting well with some of the people who testified on the first day of the Commission’s hearings:

WASHINGTON — Students, parents and educators urged the federal officials charged with preventing the next school shooting to pour more mental health resources and school support staff into the nation’s elementary and secondary schools — not more guns.

The first public forum of the federal commission on school safety, convened by President Trump after the February school shooting in Parkland, Fla., drew dozens of speakers from across the country to the Department of Education on Wednesday. But neither Education Secretary Betsy DeVos, the commission’s chairwoman, nor the other three cabinet secretaries appointed to the panel were in attendance.

On Tuesday, Ms. DeVos told senators that the commission would not wade into the gun control debate, but panel officials said they would follow Mr. Trump’s order to examine age restrictions on some weapons.

Alessia Modjarrad, a recent graduate of a Montgomery County, Md., high school, criticized what she called the commission’s “complicit” stance on the role of guns in school safety.

Ms. Henderson-Redwan said that while she appreciated Mr. Trump’s commission, she feared that it would look to solutions like arming staff and increasing law enforcement, which would exacerbate experiences like hers.

“For students like us, this is not what safety means,” Ms. Henderson-Redwan said. “Safety means to get the root causes of a student’s misbehavior.”

In Georgia, minority students are not “emotionally safe” in the presence of school police, said Marlyn Tillman, a board member of the suburban Atlanta parent group Gwinnett Stopp. In Gwinnett County public schools, she said, the district had a “contact quota” for school security officers. And she said she had personally heard troubling statements about students of color in diversity trainings with officers.

“While shootings at schools are primarily committed by white students at white schools, schools with a large black and brown population get the brunt of school police and buildings that resemble and function like prisons,” Ms. Tillman said. “There is no evidence that police make schools safer.”

Some of the areas that the Commission plans on looking at do admittedly have some merit. Several of the mass shooting cases we’ve seen in recent years, whether in schools or elsewhere, have been perpetrated by people who displayed obvious signs of mental illness prior to the events that led them to become mass killers. The best examples of this, of course, can be found in people such as James Holmes, who killed 24 people and wounded hundreds of people in a Colorado movie theater, Jared Lee Loughner, who killed 6 people and wounded 15 others at an event being held by Congresswoman Gabby Giffords, Adam Lanza, who killed 28 people including his mother and 27 students and teachers at Sandy Hook Elementary School in Connecticut, Robert Dear, who killed 3 people and wounded 9 others at a Planned Parenthood clinic in Colorado, and, of course, Nikolas Cruz, the shooter in the Stoneman Douglas High School shooting. In their own ways, each of these cases revealed flaws in the mental health care system and the law that allowed people who should not have had access to weapons, and in some cases people who arguably should have been hospitalized in a secure facility. In this respect, it makes sense for the Commission to examine the mental health issue and consider ways that Federal and State laws can be changed so that authorities are better equipped to deal with people such as this.

Other areas that the Commission is proposing to look at, though, are clearly little more than pandering to old and tired conservative talking points. While video games, “violence on television,” and even pornography are often cited by conservatives as causes for gun violence when these shootings happen, there is simply no evidence of any connection between these outside forces and mass shooting events. Indeed, if that connection did exist, such incidents would be far more common than they are today. Despite that fact, conservatives have claimed that sexually explicit and violent media is responsible for all kinds of social ills even though there is no evidence to support such conclusions. With respect to gun violence in particular, of course, this is yet another example of the tendency of people on the right to blame gun violence on anything other than the availability of access to weapons that exists in this country, even for people who are underage and not supposed to possess firearms in the first place.

Regardless of how you feel about the Second Amendment and gun control, and as I’ve said in the past I tend to come down on the side of the right to keep and bear arms within the boundaries outlined in the Supreme Court’s decision in D.C. v. Heller, this is a monumentally dumb idea. The idea of establishing a commission to look into the issue of school shootings that consciously and deliberately refuses to examine what is clearly one of the most prominent factors in those shootings is simply ignorant. It’s not dissimilar from the manner in which Republicans in Congress have consistently denied funding to the Centers for Disease Control to conduct proper scientific studies on the role of guns and gun violence in public health, and it is an attitude that is clearly not rooted in any desire to honestly look into the issue. Instead, this Commission appears to be pandering to the National Rifle Association and similar groups and simply ignoring the issue entirely. Because of that, whatever conclusions they reach are going to end up being incomplete, politically biased, and ultimately utterly worthless. Of course, that could be the plan all along,

Update: The setting to allow comments was inadvertently turned off during the editing process. I’ve turned it on. Apologies for the error.