The US’ Flawed Democracy

Forget the "republic v. a democracy" abstraction. The numbers show some serious flaws in translating popular will into government.

Built in Advantages for one Party in the House.  There are some flaws in our electoral system.  One is that it can produce spurious majorities, and a corollary to that fact is that currently the system favors the Reps over the Dems structurally.

Even when majorities are not spurious, the system is skewed in one party’s favor.  Note that in the 2016 election Republicans won 48.35% of the national popular vote (according to the Clerk of the House) and yet they won 55.40% of the seats.  Democrats won 47.30% of the vote, but won 44.60% of the seats.  So, a 1.05% advantage in votes translated into a 10.80% advantage in seats.  And even if we look at the combined third party vote share (4.35% of the vote for no seats) it does not explain the difference.  We can see that the GOP had a substantial built-in advantage in terms of the basic process of turning votes into seats.

This means that for the Democrats to win the House in 2018 that they will have to do substantially better than the Republicans.  For example, here is Dave Wasserman from the Cook Political Report:

3) In the past 3 elections, Dems have won ~4% fewer seats than votes. We estimate Dems would need to win House popular vote by ~7% to win barest possible majority. If Dems win the popular vote by 11%, they'll be well on their way to a clear majority.

So, winning a majority for the Dems takes more than a majority of the vote nationally (~7%). There is something wrong with that picture from a democratic theory point of view.  You know, everyone being created equal and having a government of, by, and for the people and whatnot.

There is a clear representation problem here.

Size of the House.  Also from the Oxford Handbook:

the size of the House is set by law, and has been the same since 1912. At that time, the US population was roughly 92 million, and each congressional district held 210,328 residents. As of the most recent census (in 2010), the population was over 324 million, and each district contained an average of 710,767 persons. In comparative terms, the US first chamber is small relative to population.

This is perhaps the most fixable of our representation problems.  But clearly it should be seen as absurd on its face that a House size set for 92 million is sufficient for a population of 320 million+.

Electoral College Inversions.  Yes, I have beat this to death, but two of the last five presidential elections (40%) have gone to the popular vote loser.

The Supreme Court.  Two of the nine Justices (22% of the Court) will have been appointed by a clear popular vote loser (and the health of an 85 year-old is all that stands in the way of a third).  Further, four of nine (44%) will be appointed by a president who came to office originally without winning the popular vote.  It is fair to note that George W. Bush’s two appointees came in his second term, but it is highly unlikely he would have been president during the 2005-2009 term had he not eked out that win in 2000.

The Senate.  Recognizing the near impossibility of changing the Senate, let’s please note that the top 25 most populated states currently have a combined estimated population of 274,466,690 residents and the bottom 25 have 5,286,123 residents.

Let’s consider that recent history has seen  spurious majorities in the House in 1996 and 2012 and Electoral College inversions in 2000 and 2016 (meaning four inversion of popular will in elections over a period of 20 years–that’s pretty frequent and suggests more than just a fluke here or there).  Now 22% of the Supreme Court selected by a president who badly lost the popular vote.  Anyone who doesn’t take these facts as indicating a problem with our system either doesn’t understand the implications or is so caught up in being on the winning side of all of this as to be rationalizing it away.

Note, too, in an already polarized political situation all of the above exacerbates the divisions.  One side gets less than it deserves in terms of the allocation of power, and so get frustrated, while the other side fears losing its advantage, so doubles-down on the system, which further frustrates the other side.  None of this is surprising, but it is the stuff of real political crisis if it persists.

And for those who will assert that I only started getting concerned about these things because Trump won, I would note a few previous posts:

And since I found it, here’s one from 2017 as well:  Skewed Majorities are Bad for Democracy. 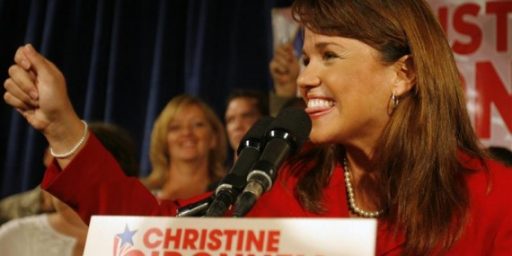