Some pundits on the right can't seem to quit Chris Christie. 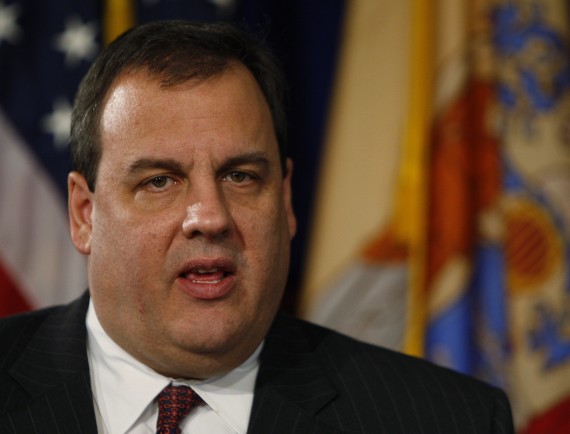 On more occasions than I can count at this point, New Jersey Governor Chris Christie has said that he isn’t running for President, that he doesn’t want to run for President, and even that he doesn’t think he’s ready to be President. At some point last year, the questions from reporters had become so repetitive that he jokingly (I think) threatened suicide to demonstrate his commitment to his Shermanesque responses.  That hasn’t stopped the speculation, of course, some of which Christie has seemingly encouraged himself with trips to places like Iowa and meetings with people like Mitt Romney. Now, with the race for the GOP nomination well underway, the conservative punditocracy is off on another round of Chris Christie Fantasy Punditry.

It started on Sunday when Wall Street Journal reporter Paul Gigot said on Fox News Sunday that Christie was “thinking about running now, very carefully.”  Today, John McCormack posted at The Weekly Standard about a “dream” Bill Kristol had about how Christie would end up announcing by the first week of October. That led Jennifer Rubin to spin a long, bizarre tale this afternoon picking up on Kristol’s dream that read more like a script from one of the Hollywood studios she used to represent as an attorney than a serious piece of political analysis:

He announces at an event featuring former Florida governor Jeb Bush, Indiana Gov. Mitch Daniels, Rep. Paul Ryan (R-Wis.), Sen. Marco Rubio (R-Fla.), Virginia Gov. Bob McDonnell, Sen. Pat Toomey (R-Pa.), South Carolina Gov. Nikki Haley and former New York mayor Rudy Giuliani. The GOP all-stars explain that they’ve gone on bended knee to the one person they think can unite the party, win in the general election and make the hard calls to return us to fiscal sanity and revive American prosperity. They all pledge to raise money and provide policy advice to Christie. Mississippi Gov. Haley Barbour announces he will lead the Christie super-PAC and can raise tens of millions of dollars by the end of the year.

In the next week or so he gives a speech, introduced by Christian conservative leader Gary Bauer and social conservative Rep. Mike Pence (R-Ind.), on “building a just society based on American values.” He talks from the heart about why the GOP must be the pro-life, pro-school choice, pro-charity and pro-family party. He calls for communities to start grassroots efforts to reduce the high school dropout rate and encourage responsible fatherhood. (He credits former Pennsylvania senator Rick Santorum for pioneering work on the latter.)

On the strategic side, he tells the good people of Iowa it would be a disservice to them to enter the caucuses so late in the process. He commits to win in New Hampshire, Nevada, Michigan, Arizona and Florida (and figures that with Haley’s help he can win South Carolina).

In a five-talk show Sunday he tells Republicans that the only thing on which he agrees with Jon Huntsman is the idiocy of special-interest-group pledges. His only pledges are to the Constitution and to the voters. He also explains that while Rick Perry’s been a fine governor, the GOP really needs someone who won’t frighten voters, doesn’t personify crony capitalism and doesn’t run a race on one-line rhetorical grenades. As for Mitt Romney, he says he’d be delighted to have him as Treasury secretary.

Really, how hard would all that be?

Leaving aside the silliness of Rubin’s West Wing-like scenario, it’s yet another example of the odd fascination that the conservative talking heads have had with the Governor of New Jersey (who, I will remind everyone, is serving in only his second year of office), a fascination that unites people as far apart in other respects as Gigot and Ann Coulter. I’m not quite sure what explains it, other than a political version of the grass always being greener on the other side of the fence. Christie is the great unknown, he got elected in a state that’s been Democratic for some time now, and he has a style that appeals to people sick and tired of the same old bland political rhetoric. It’s understandable, but it’s also entirely misplaced.

For one thing, as Peter Robinson notes, it’s not at all clear that conservative Republicans outside New Jersey would like Chris Christie once they got to know him:

Once Christie’s opponents began pointing out the thinness of his record as a conservative–he has bashed back the rate of growth of state spending, but the budget is still bigger than when he took office, and he has failed to enact structural reforms, improve schools, or, really, to do much of anything else at all–once this became understood, Christie’s support in the tea party would drop sharply.  “He’d lose,” my friend said, “and then he’d come back to New Jersey too damaged to be effective.  It would be the worst of both worlds.”

On specifics, Christie has said that he accepts both the existence of climate change and that human activity contributes to it, he openly opposed a Tea Party candidate during the 2010 Delaware Republican Senate primary, and he’s been very outspoken against the anti-Muslim rhetoric that’s become popular in the GOP these days. Why would a Bachmann or Perry supporter change horses for him? No reason I can see.

On the other side of the equation, John Fund points out something that Christie himself has said numerous times, the Governor isn’t ready to be President:

Perhaps the biggest obstacle to a Christie candidacy is his repeated protestations that after less than two years as governor he simply isn’t ready to be president — yet. Back in January he told Chris Wallace of Fox News that he was “not arrogant” enough to believe he was prepared for the presidency. “You have to believe in your heart that you’re personally ready to be president and I’m not there,” he said. He has repeated that sentiment enough times, accompanied by warnings that Barack Obama shows what happens when a president is not experienced enough, that his opponents could splice together quite a juicy commercial with such sound bites.

Some Christie boosters are unfazed by his claims he is not yet ready to be president. “It would be a problem, but he could get past it,” says Ed Crane, the president of the Cato Institute in Washington.

I’m not so sure. Chris Christie has accomplished a lot as New Jersey governor, but if he were to suddenly announce his candidacy for president he would have to jump very quickly into an array of issues he has had to handle only tangentially as governor. He would have to develop a full-fledged foreign-policy platform, along with ways to deal with Republicans who would have trouble with his views on immigration and global warming, and what some people see as his nonchalance toward radical Islam.

The question may be not so much whether Chris Christie is ready to be president, as whether he is ready to launch a hell-bent, zero-to-60 presidential campaign with the withering national media scrutiny it would entail.

It may well be the case that all these statements by top-level conservative columnists are indications that, behind the scenes, others have once again been leaning on Christie to reconsider his decision, but I doubt that it’s going to work. As Fund notes elsewhere in his article, Christie’s political position in New Jersey if far weaker than his national boosters seem to believe, and it’s likely to be hurt substantially if he runs for President and loses (which I submit is the most likely outcome, Chris Christie winning South Carolina? Are you serious?). There are state legislative elections this November that he’ll need to campaign for, making it harder to be out of the state for trips to early primary states. And, most importantly, when that first debate comes and the moderator plays the tape of him saying that he’d be arrogant to think he’s ready to be President at this point in his life, what possible credible response could he give?

I like Chris Christie. That’s why I hope he’s not stupid enough to listen to the people who are still whispering in his ear for reasons of their own.