UCLA Geography Students Predicted Bin Laden Was Near Abbottadad, In 2009 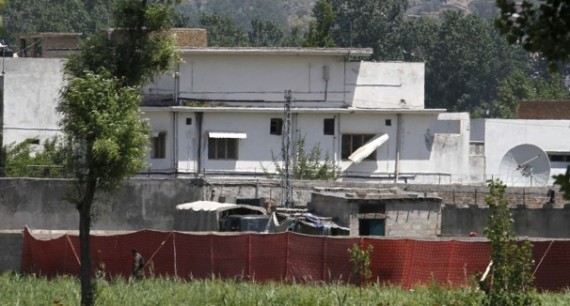 Could Osama bin Laden have been found faster if the CIA had followed the advice of ecosystem geographers from the University of California, Los Angeles? Probably not, but the predictions of UCLA geographer Thomas Gillespie, who, along with colleague John Agnew and a class of undergraduates, authored a 2009 paper predicting the terrorist’s whereabouts, were none too shabby. According to a probabilistic model they created, there was an 88.9% chance that bin Laden was hiding out in a city less than 300 km from his last known location in Tora Bora: a region that included Abbottabad, Pakistan, where he was killed last night.

The bin Laden tracking idea began as a project in an undergraduate class on remote sensing that Gillespie, whose expertise is using remote sensing data from satellites to study ecosystems, taught in 2009. Based on information from satellites and other remote sensing systems, and reports on his movements since his last known location, the students created a probabilistic model of where he was likely to be. Their prediction of a town was based on a geographical theory called “island biogeography”: basically, that a species on a large island is much less likely to go extinct following a catastrophic event than a species on a small one.

“The theory was basically that if you’re going to try and survive, you’re going to a region with a low extinction rate: a large town,” Gillespie says. “We hypothesized he wouldn’t be in a small town where people could report on him.”

“It’s not my thing to do this type of [terrorism] stuff,” he says. “But the same theories we use to study endangered birds can be used to do this.”

In the end, they zeroed in on a Pakistani border town called Parachinar which has, among other things, access to medical care. Then they predicted the exact building he would be in by making assumptions as to the characteristics of the building itself, such as high enough ceilings to accommodate bin Laden’s 6’4″ frame, a fence, privacy, and electricity.

In the end, they were off by about 268 kilometers. Nonetheless, not bad at all for a class that only had access to unclassified satellite photos and a theory.

UPDATE (James Joyner): I posted about this at the Atlantic Council back in February 2009 (“Osama bin Laden Found!“) and the post was wildly popular yesterday, thanks to Google. The kicker:

Mathematical models used to explain how animal species spread out say he should be close to where he was last spotted. Their research published in MIT International Review also concluded he should also be in a large town with a similar culture to Afghanistan where he can remain largely anonymous. The most likely candidate is in Parachinar, 12 miles inside Pakistan, which housed many mujahideen during the Soviet invasion of Afghanistan in the 1980s. Finally after looking at his need for electricity for dialysis, high walls, spare rooms for his entourage, and trees to hide from prying eyes, satellite pictures show just three suitable houses.

They weren’t really all that close. They do get credit, though, for guessing that he was in a developed area behind high walls rather than hiding in a cave somewhere.